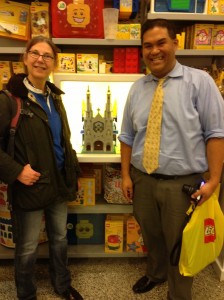 With Sid Dinsay (brickplate) and his St. Patbrick’s Cathedral at the Lego Store in Rockefeller Center

Last year when I was in Portugal, I saw some amazing Lego displays, which I described in “Lego Fun” and “A Lego Builder.” Since I’ve been on Instagram, I’ve gotten to know some of the most skilled and popular Lego builders and photographers on the site. Among them is “brickplate,” best known for his realistic MOCs (My Own Creations) that have gained widespread recognition and a regular display window in Lego’s flagship Rockefeller Center store in New York City.

In real life, “brickplate” is Sid Dinsay, who works in public relations for Mount Sinai Hospital and is a member of the New York metro Lego Users’ Group, ILUGNY. He’s trying to organize a users’ group just for those folks living in New York City who don’t have cars and can’t get to meetings held in the suburbs. Last week I met him at the Rockefeller Center Store to talk about the new users’ group, which I plan to join when I move to the city nearly full-time after the first of the year (hoping to find a job there and to study for my TESOL certificate). I also helped him install the holiday display he created, a model of St. Patrick’s Cathedral, which he named “St. Patbrick’s Cathedral.” 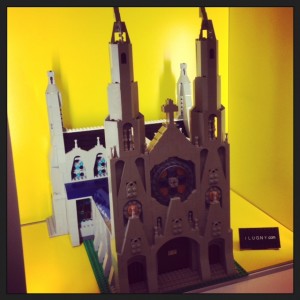 St. Patbrick’s Cathedral was a bit long for the display, so he had to remove the back end, a process that can take a long time because solid Lego construction requires interlocking the bricks. All the while, tourists from all over the world were asking questions about the cathedral and whether they could buy one to take home. Sid, Lego store employee Maria, and I explained that these are original buildings like ones that they could build, and Maria and I handed empty Pick-a-Brick cups to several children who were eager to get started. Perhaps one day they will remember this as the moment when they decided to become a Lego builder — or an engineer. 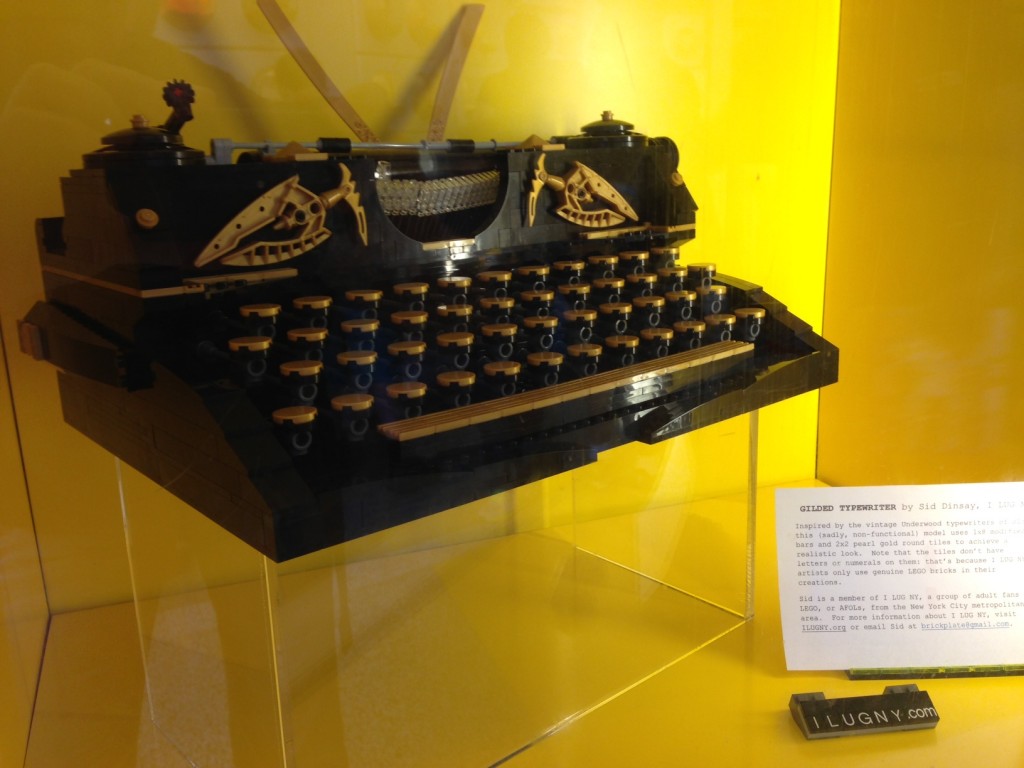 Brickplate’s typewriter, made entirely of Lego pieces, is a favorite of the staff and customers at the Rockefeller Center store — and a favorite on Instagram as well.