Last spring #WeNeedDiverseBooks came into being as a result of the lack of progress in diversifying the children’s publishing industry, as exemplified by a major BookCon panel that featured only white male authors. The pressure led to a standing-room-only BookCon panel with the organizers of #WeNeedDiverseBooks and four critically acclaimed authors of color. Since then, We Need Diverse Books has incorporated as a non-profit and is pursuing initiatives to support writers of color and books with culturally authentic diverse characters. 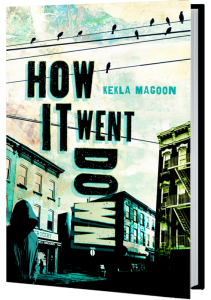 The shooting of a Black teenager is the subject of Kekla Magoon’s forthcoming How It Went Down.

The focus of the #WeNeedDiverseBooks movement on the publishing industry and mainstream publishers leaves a huge gap, one that the brand new Kid Lit Equality initiative seeks to fill. The brainchild of author Zetta Elliott and author/illustrator Maya Christina González, Kid Lit Equality also grew out of a single incident — in its case, the fatal shooting of an unarmed African-American teenager, Michael Brown, by a white police officer in Ferguson, Missouri. Elliott writes, “Lots of people clamor for greater diversity in kid lit but remain silent whenever another Black teenager is shot down.” The publishing industry doesn’t exist in isolation, and authors, editors, agents, librarians, and booksellers are also citizens whose concerns should go beyond authentic, well-written books to the creation of a just and peaceful world for everyone. It is important for Black children to see themselves in books and in the backgrounds of the people who create those books. It is just as important for Black children to be safe when they put the book down and go outside.

As part of its wider focus on society as a whole, the Kid Lit Equality initiative also seeks to destigmatize self-publishing and to pressure gatekeepers — reviewers, booksellers, and librarians — to evaluate self-published titles fairly rather than dismissing them out of hand as inferior books that couldn’t interest a mainstream publisher. In a comment to Elizabeth Bluemle’s Publishers Weekly Shelftalker piece on September 16, 2014, Elliott writes,

…If the most trusted review outlets exclude self-published books, then they are upholding the status quo by privileging a system that clearly disadvantages writers of color. They are also denying their followers access to titles that might help to fill the “diversity gap.” 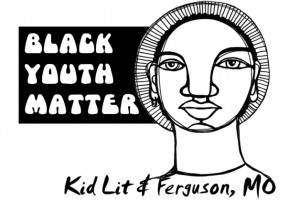 While calling attention to self-published titles (as well as those by small presses) may appear narrowly focused on the publishing industry, it is not. In the past century publishing has consolidated to the point that most traditionally published books come from five huge multinational corporations. Some of these corporations, such as the Rupert Murdoch-owned HarperCollins, control other huge, and hugely influential, media outlets such as the notoriously race-baiting Fox News. Given how Big Media has shaped racial attitudes in the United States and around the world, influenced public officials for favorable treatment, and — due to the end of the Fairness Doctrine — silenced voices on the other side, supporting grassroots voices through small presses and self-publishing represents an effort, however small, to level a playing field so tilted in the direction of the powerful.

Kid Lit Equality is organizing a video campaign to highlight the lives and work of diverse book creators and has produced a set of activity posters for children and adults. More initiatives are forthcoming, so stay tuned!