Posted on May 8, 2018 in Blog, International, Portugal, Writing

I arrived in Lisbon two days ago, and in many ways it felt like coming home. This is Richard and my seventh time in Portugal, and the sixth year that we’ve spend more than a month here, with him teaching a mini-course in the sociology department at ISCTE and me editing and translating while writing books and this blog. 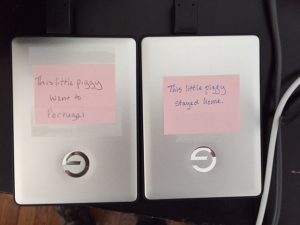 Over the years, I’ve worked on different writing projects at various stages in my publishing career. In 2012 I awaited the publication of Rogue — from 3000 miles away, unaware of the drama surrounding the book — while finishing a contemporary YA that remains in the virtual drawer. I had a busy time in 2014 covering the 40th anniversary of the Carnation Revolution while responding to my editorial letter for Surviving Santiago. I remember fondly writing a new scene that takes place on a hill overlooking the Chilean city of Valparaíso while sitting at a café overlooking Lisbon. In 2015 I started a new project set in Lisbon, and was still working on it the following year. I expected friends to ask, “Haven’t you finished that book already?” but people in Europe are much more polite about these things and, anyway, people here don’t take work and careers as seriously as they do in the U.S. In other words, they don’t bow down in awe to you if you’ve achieved career success, and they don’t shun you as a loser if you haven’t.

Last year I started a new project while that novel set in Lisbon went out on submission. The submission process is inherently stressful — imagine checking your email every 10 minutes for news — but the difference in time zones magnified that stress for me. Lisbon is 5 hours ahead of New York, so I’d wake up knowing I’d hear nothing, and since my agent tends to deliver news later in the day, I’d have to sweat until after midnight, local time, for word that, except for one rejection, never came. Compounded with bad news coming from home — Trump’s firing of Comey being only the best-known of many disasters — this made for a stressful trip and the reason I was only able to complete one chapter of the new project. (But it was a very emotional chapter that I’ve completely rewritten since.)

This year, my submission queue lies fallow. My just-completed second draft of the new novel is with beta readers, and I’m starting yet another new historical novel. I’m contemplating walking away from traditional publishing altogether because of my feeling that I’m out of sync with all the trends and the way people relate to each other. I just want to write the best book I can write, and the isolation of living in Portugal reinforces that feeling. I appreciate the beauty, the lifestyle, the kindness of my friends here. I also appreciate the opportunity to use my skills as an editor and translator to help scholars get their work into the hands of English-language readers. Among the articles I’ve edited or translated are ones that have found their way into my writing or school visits. For instance, I worked on a dissertation about the SOS Children’s Villages, and two years ago, I spoke about Rogue at Passages Academy, an SOS Children’s Village in Staten Island. In my new historical novel, one of my protagonists is faced with the option of living in a Children’s Village in the country in which they were founded.

Before leaving New York City, I read an article about the lack of distribution for international films at a time when film industries in other countries have produced more compelling and innovative works than those coming out of Hollywood or independent studios in the U.S. It seems that U.S. audiences refuse to read subtitles, but when they miss out, so does everyone else who doesn’t have access to these films because they aren’t considered profitable enough to distribute or show. I’m fortunate to live in New York City where these films are, in fact, available, sometimes in festivals and sometimes through consulates or government-sponsored institutes like the Instituto Cervantes. But how many people have those opportunities, and how many people’s imaginations are locked in by the limited offerings of an increasingly insular culture?

In my own country, I feel out of sync, and even more so when I spend time elsewhere. However, I wonder if the political and cultural trends in the U.S. are putting the country out of sync with the rest of the world. As I wonder whether I’d find a more compatible home in another country as a writer and as a person, I wonder as well about others I know who also are out of sync with their time and place.