Categories Menu
Home » Blog » You Asked for It! Meet the Bricksters

You Asked for It! Meet the Bricksters

I am pleased to announce that today I was one of four LEGO photographers featured on the acclaimed @brickcentral site on Instagram. The feature was on LEGO photographers who use the plastic bricks and minifigures to explore social and political issues. The other three artists featured are @pulup, whose work appears on this blog under the title “Not Child’s Play”; @legopistorius, a Chicago-based artist and runner who has chronicled the media frenzy and rush to judgement surrounding the murder trial of South African track star Oscar Pistorius; and @legojacker, a Melbourne-based graphic artist whose fable “The Very Pointy Hat,” is a gripping and visually stunning allegory for the abuse of power and violence against immigrants that is taking place throughout the world, including his home country of Australia. If you are on Instagram, I urge you to check these folks out. If you are not on Instagram, I urge you to sign up so you can see the brilliant work being done with LEGO and a passion for social justice. 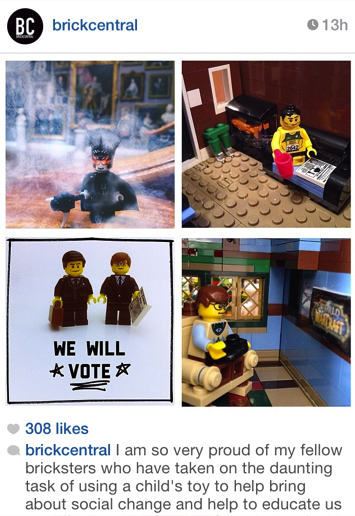 The four featured artists have different visual and storytelling styles, and I am pleased to have had the opportunity to share with each of them and draw inspiration from them. I tend to focus on my invented characters in Little Brick Township who sometimes, as in the case of “J Is for Juvenile,” interact with real public figures, as muckraking journalist Patricio uncovers parts of the scandal swirling around New Jersey governor Chris Christie. Still, many of my stories explore the personal journeys and travails of my characters, who I introduce in the first episode, “Meet the Bricksters.”

Generally, introducing your characters in the first chapter of a novel is considered bad form, because you’re supposed to hook readers with action that draws them into the story and builds curiosity as to who these people are and why are they in this situation. At the same time, you need to make readers care about your characters, so too much action and not enough humanity will lead many readers to put the story aside.

I’ve noticed that more graphic novels introduce characters right away rather than starting with action, and I consider this a good thing because we need to associate character with image. When I judged the Cybils graphic novel category, I found it disconcerting not to be able to distinguish the characters by their appearance right away; struggling to do so later on really took me out of the story. So rather than plop you down mid-story with no idea who these people are and what they look like, here’s your chance to “meet the Bricksters.” 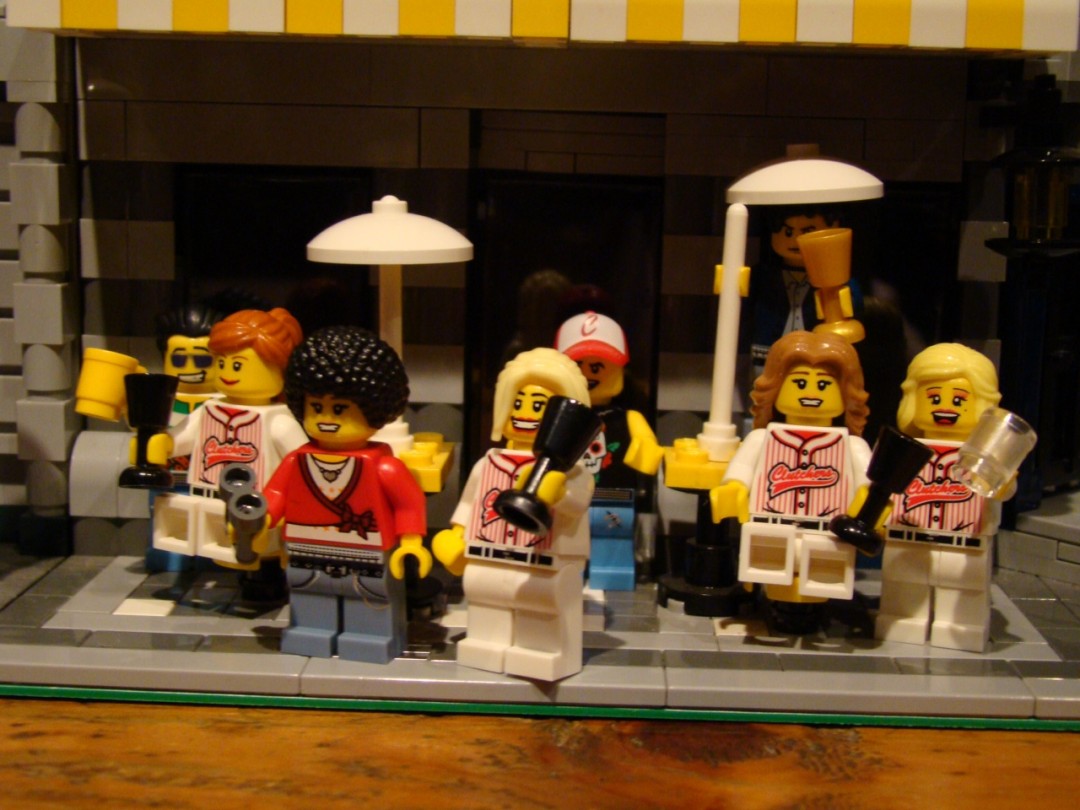 The softball team from the suburbs and their friends party all night after winning the championship. 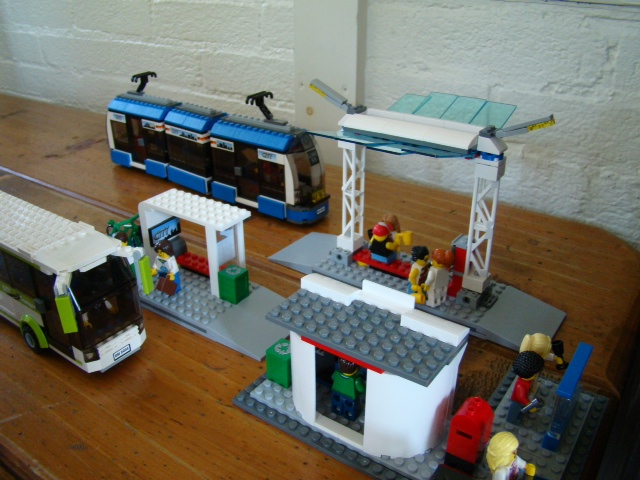 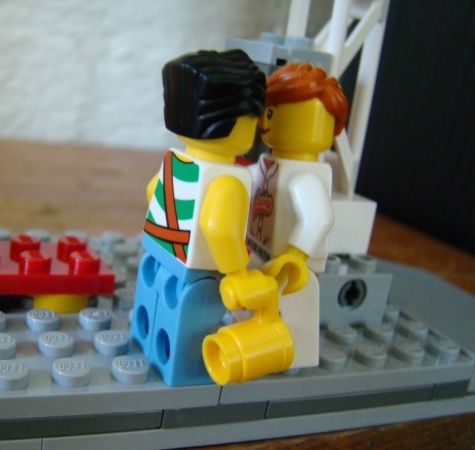 Fiona is glad her parents didn’t come to the game so she could celebrate with Elvis rather than with the guy they want her to marry. Wild party = messed up hair. Nate wears Lindsay’s cap to cover up a hair disaster, but she loves him no matter how he looks. Annelise and Ife pretend to study the train schedule, but they’re really thinking about their upcoming wedding. 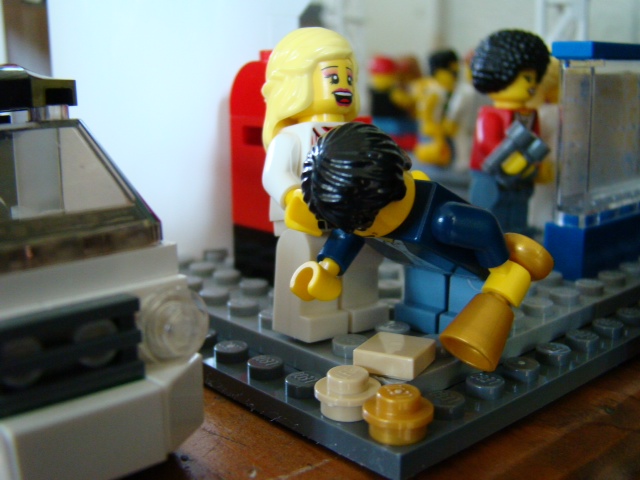 Winning pitcher Karlijn’s night has ended on a sour note, as boyfriend Patricio indulged in too many mojitos. Make way for the folks getting off the train to go to work! 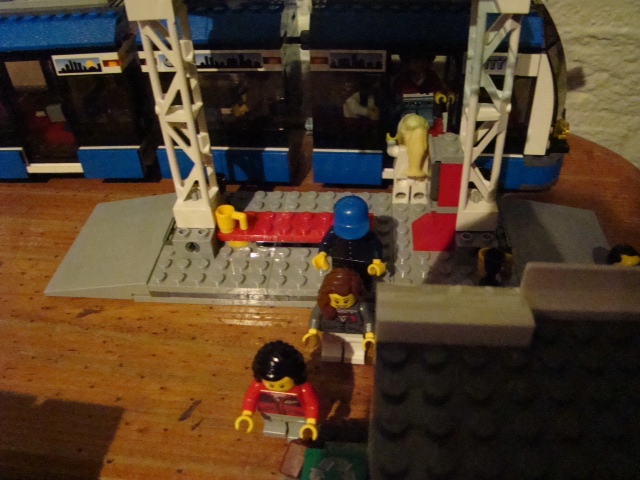 Fiona and Elvis sit in separate cars, in case her parents meet her at the station. Poor Patricio! The train left without him. He’ll have to wait for the next one and hope he’s feeling better.