What Makes a Book Fun to Write?

My advance copies (known as ARCs) for Surviving Santiago arrived yesterday in the middle of a soaking rainstorm. Fortunately, none of the 25 copies got wet. The paperbacks are beautiful; with their thick water-resistant covers, they look like a real trade paperback rather than a pre-press copy sent to reviewers, booksellers, and others who can spread the word before the official publication date of June 2, 2015. This is also my last chance to make corrections before the final version goes out, and I already know that I messed up two first names of people in the acknowledgements. These two people are fellow VCFA students and critique partners, so this is priority #1 to fix. 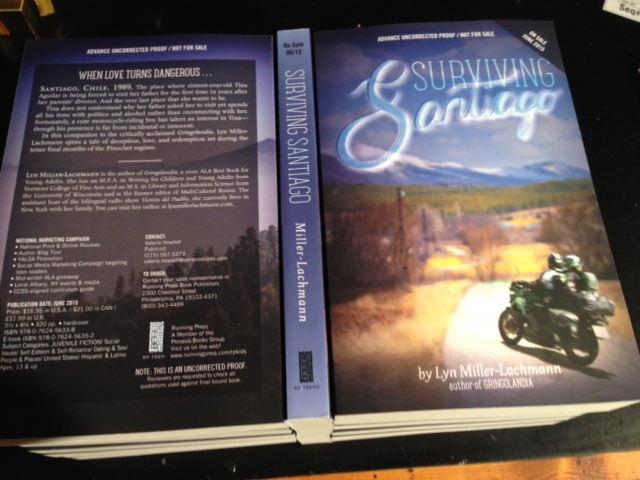 A pile of ARCs, just out of the box.

Getting ARCs is exciting but also anxiety-inducing. What if I get something majorly wrong? What if I leave someone who really helped me out of the acknowledgements, or mix her up with someone else? (Even though I tell myself that someone I really helped left me out of the acknowledgements and, really, it was okay.) What if people hate the book? When I received the ARCs of Rogue, I was simply excited because I didn’t yet have the experience of somebody with influence disliking my book. Maybe it did happen to Gringolandia, but I didn’t hear about it. All I saw were the glowing reviews and awards. I got spoiled. I thought all my books would be universally loved.

The mixed or negative reviews I received for Rogue felt more devastating because it was a difficult book for me to write. While Gringolandia deals with difficult material — a teenager coming to terms with the aftermath of his father’s imprisonment and torture — Rogue forced me to face the relentless bullying and exclusion I experienced as a child and teenager. It was painful for me to relive the time the popular girls pushed my tray off the table when I tried to sit with them, or the moment I discovered that the popular teenagers in the year below me were not my friends but only using me to drive them to their drug connections.

My Lego sig fig (signature minifigure) having fun with the ARC.

Regardless of what people may think about Surviving Santiago, I had a great time writing the novel. It was as fun to write as Rogue was difficult. That doesn’t mean I didn’t put anything of myself into the novel. Quite the opposite. Despite being bullied at school, I experienced moments of freedom and escape in places where nobody knew me, and where anything seemed possible. Away from home and school, I became infatuated with older boys whose lives were so different from mine — a teenage busker in San Francisco, or a 19-year-old former throwaway who became a DJ at a community radio station where I dreamed of volunteering.

Eventually, reality intruded. My grandmother found me staring wide-eyed at guitarist Travis, who played Simon & Garfunkel songs on Powell Street in San Francisco, and dragged me back to the hotel where my angry mother and tattletale brother waited. I ended up volunteering at the radio station a year after first hearing Gavin on the air and found out from an older girl I befriended there that he was an abusive boyfriend. If I’d followed Travis and Gavin wherever they went, something terrible would have probably happened to me. But I didn’t, and that left me with my dreams of rebellion and freedom — my dreams of running away with these handsome, talented, impossible boys.

For many writers, myself included, one of the most fun things about writing is the element of wish fulfillment — the idea that your protagonist, and by extension you, can be and do anything. Taken to an extreme, this character becomes a Mary Sue or Gary Stu, an idealized protagonist whose desirability makes her or him flat, unrealistic, and uninteresting to anyone but his or her own creator. But if the character has real imperfections and is forced to face the consequences of his or her choices, the writing process becomes a way of living a different life and seeing where that takes you. 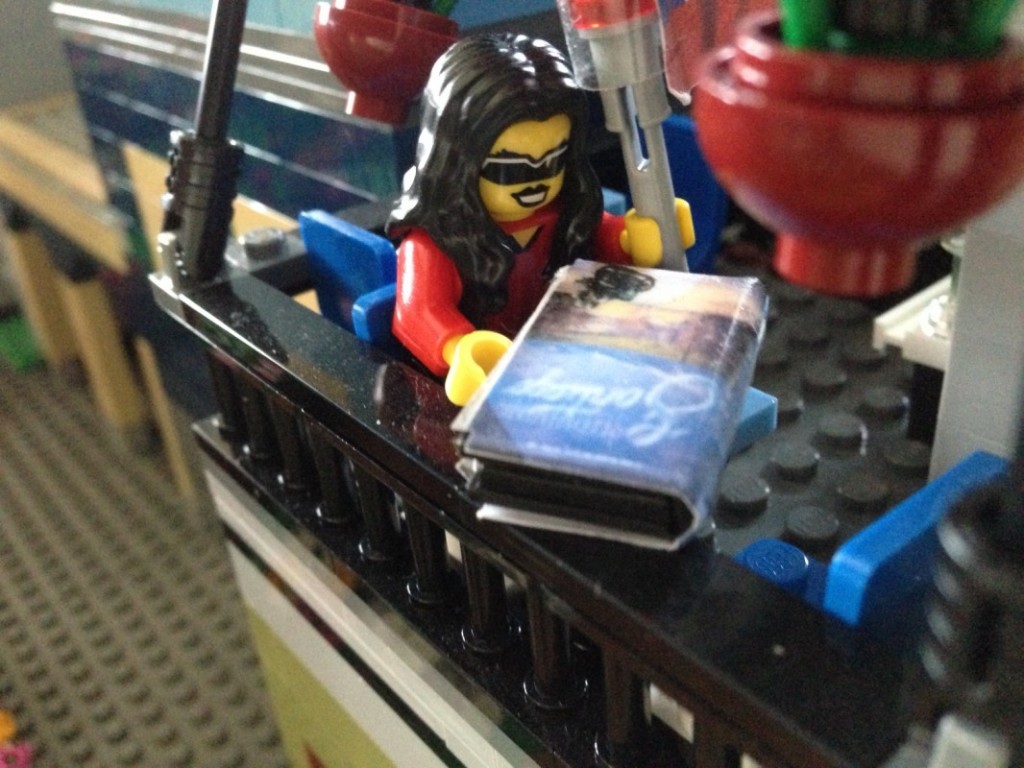 Lego Tina reads her ARC at an upstairs table of the Parisian Restaurant.