Too Old to Write?

Congratulations to Portugal on the country’s victory in the 2016 Euro Cup! At the beginning of the first round I bought my little Portuguese flag in the Alameda metro stop where all the digital signs read, “Não somos 11, mas 11 milhões!” (We aren’t 11 but 11 million!) in support of Força Portugal. I was sorry to leave in the middle of the tournament, and didn’t get a chance to watch it on one of the large screen in Lisbon’s major plazas along with thousands of others who, win or lose, appreciated this extended opportunity for large public parties. It wasn’t the same experience in any of the six bars on my New York City block, where the majority of patrons were supporting Wales and France anyway. 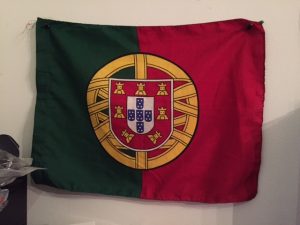 My lucky Portugal flag is next to my desk.

Portugal’s victory in the final was unexpected, even more so because of the role played by the team’s star, Cristiano Ronaldo. As a teenager just starting his career in 2004, Ronaldo cried after Portugal lost the final at home to Greece. In the next 12 years, he became one of the top league players and an iconic advertising image. (This recent one is especially adorable.) Now he’s 31, at the peak of his career, but injuries are beginning to catch up to him. He limped through the first round of the 2014 World Cup — Portugal went no further — and early in the first period of the Euro Cup finals against France, he was stretchered off the field with a knee injury, again in tears.

But then, the surprise ending. Most fans and commentators had given up on Força Portugal. But after a rousing halftime speech, Ronaldo — often criticized for his diva-like behavior — hobbled onto the field to advise and inspire the younger players who had carried on for him. In overtime one of them — Éder, who had come off the bench — scored the winning goal. Ronaldo was no longer playing, but people still consider him the player of the game.

As I followed Ronaldo and the 2016 Euro Cup final, I thought of Marion Dane Bauer’s thoughtful essay, “On Being an Aging Children’s Writer,” which she posted on her blog two days earlier. Athletes’ careers are inevitably short, as the toll of aging and injuries adds up. It’s important for athletes to have the impact they can (and save their money) while they’re young.

I never thought that a writer’s career could be as short as an athlete’s, though. But as I was struggling to get my first books published, I saw writers with enormous career success — starred reviews, bestseller lists, movie deals — suddenly unable to get their next books published. I moved around a lot when I was young, and this happened in various communities where I lived. Marion Dane Bauer was one of the people who inspired me when I was just starting out, and she continues to inspire me today. This is what she wrote last week:

When I began to publish forty years ago, I wasn’t the brightest star on the horizon, but my work got noticed.  I wrote on the cutting edge, topics few other writers for young people had dared touch at that time:  alcoholism, sexual molestation, religious abuse, mental illness, homosexuality. I wasn’t trying to get noticed.  I was writing what was in my heart.  Sometimes I was writing what I didn’t know was in my heart, which was why I had to write it….

And it worked.  My stories gave me a reputation for honesty and forthrightness.  They also gave me a career.

Rubin Pfeffer is both my agent and my touchstone….

And the word I hear him using these days to describe what I present to him is “quiet.”  Sometimes he says, “too quiet,” nudging me gently in the direction of greater action, higher thresholds of risk, more modernity.

In the comments other authors chimed in with similar experiences. One wrote, “When I published my first picture book in 2010, I attended a gathering of authors. The woman beside me whispered her congratulations adding, ‘You’re lucky at your age. The editors want the young ones.'” The editors themselves are young, and just as they often feel more comfortable working with writers from the same class and cultural background (hence, the importance of the Diversity Baseline Study in publishing and efforts by We Need Diverse Books), many also feel more comfortable with their age cohort. When I spoke on a diversity panel at the ALAN workshop last November, two of my co-panelists were barely 20 years old.

One other thing to think about: Is a book that doesn’t achieve great critical and commercial success the equivalent of an athlete’s injury? How about an author who has a long gap in publishing because of writer’s block (often a reaction to success and the huge expectations following it) or a manuscript or two that never sells? It’s hard to believe that an artist in perfect health, full of ideas, and possessing a mastery of craft can go the way of an aging and oft-injured athlete. Or that someone whose ideas and skills don’t come to full maturity until they themselves do never has a chance.

Yes, the world changes. Social media and self-promotion are so much more important than they used to be. And quiet, thoughtful, thought-provoking books seem to have gone out of fashion in favor of high-concept, action-packed blockbusters with identifiable stock characters. (That’s an issue for another piece, because I think this contributes to the dangerous political climate we find ourselves in these days.) But we writers, whatever our age, are part of the world in which we live, and we want to be part of the conversation. Brexit — a vote by the older generation that will seriously limit the educational and career opportunities of younger Britons — shows the negative power of people who feel cast aside, as if the world doesn’t want or need them anymore. We need to work together, or we will fail apart. 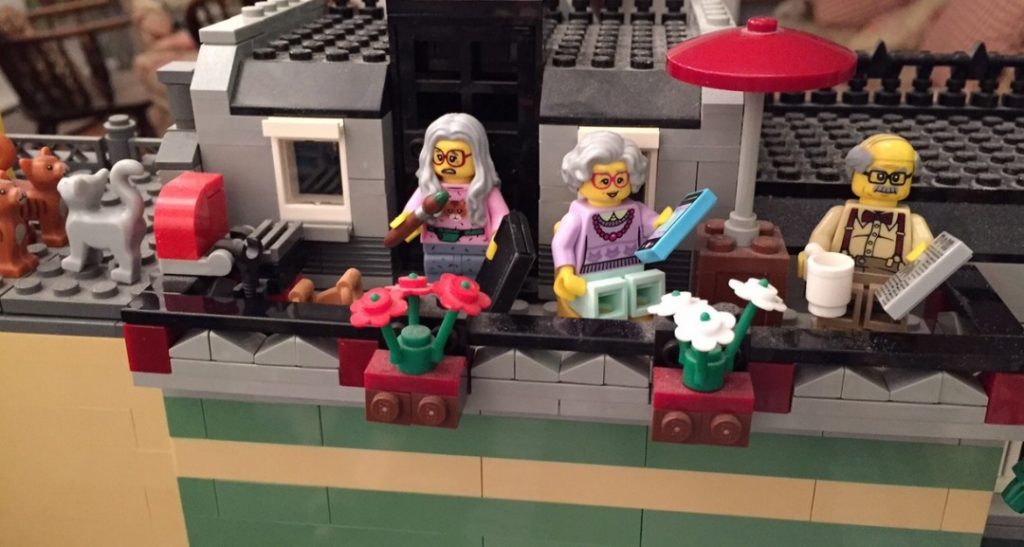 “We can still write — and play Pokemon Go, too.”

The publishing industry needs a conversation about age. (So do most other industries, where age discrimination is rampant and contributes to the kind of hopelessness that so many people in the United States feel even though the country is in theory coming out of recession.) Young and old, we have much to learn from each other. Let Cristiano Ronaldo be our example. He chose to come back onto the field (not to mention keep playing for 17 minutes after his injury) even though it could have worsened his damaged knee. And nobody told him he had to stay in the locker room because his injury — or his age — made him useless. We are all better when we include everyone.