The Thanksgivukkah Advent Calendar Challenge: Juxtaposition and a Writing Prompt 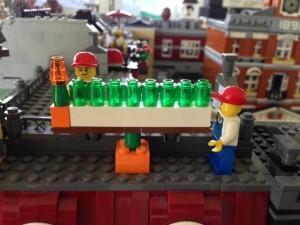 In 2013 Hanukkah began on the same day as Thanksgiving, and this once in 77,798 years event made me think about juxtaposition. When I imagine a story, I often put two unrelated things together — for instance, a young teenager with Asperger’s syndrome and a meth lab down the street. Juxtaposition is a good way of going beyond stock characters and predictable plot lines. The combinations are as infinite as the imagination.

To the holiday of “Thanksgivukkah” I juxtaposed another, seemingly incompatible element– the LEGO City Advent Calendar. This calendar has individual doors for a tiny build corresponding to each day in December from the 1st to the 24th — a minifigure, a toy, a fireplace, a Christmas tree, or some other holiday-related (but not specifically religious) theme. However, there is one way in which the Advent Calendar, the countdown to Christmas, is well-suited to Hanukkah. The calendar has 24 days. Hanukkah has eight days. Twenty-four divided by eight equals three. No remainder.

So this year, I decided to give myself the Thanksgivukkah Advent Calendar Challenge. Each night of Hanukkah I opened three little doors at random and created a vignette from whatever little builds were there. I posted each of the vignettes on Instagram, where they were quite well received in terms of likes and comments. (Thanks guys!) Whether or not these vignettes lead to a full-fledged picture book, short story, or novel in the future, or they have merely served to entertain my Instagram followers for a week, they illustrate the idea of juxtaposition that can inspire a new writing project. 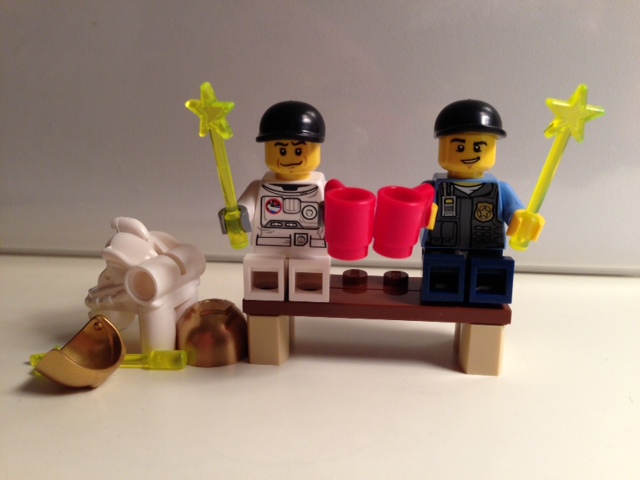 “Trade ya. My light saber for a baseball cap and a cup of coffee.”
“Deal.” 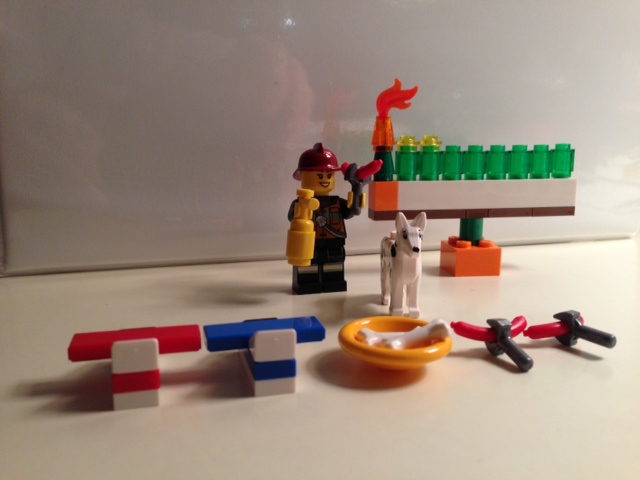 Kalbah the firehouse dog gets to choose her Hanukkah present. Will it be the chew toys, the bones, or the Kosher wieners? 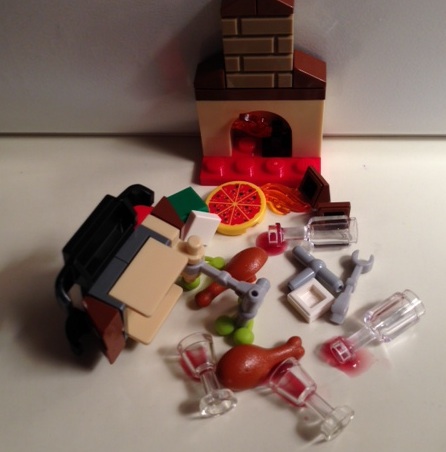 Mom & Dad went to an all night Black Friday sale at the mall and left their teenage kids home alone. Bad idea. 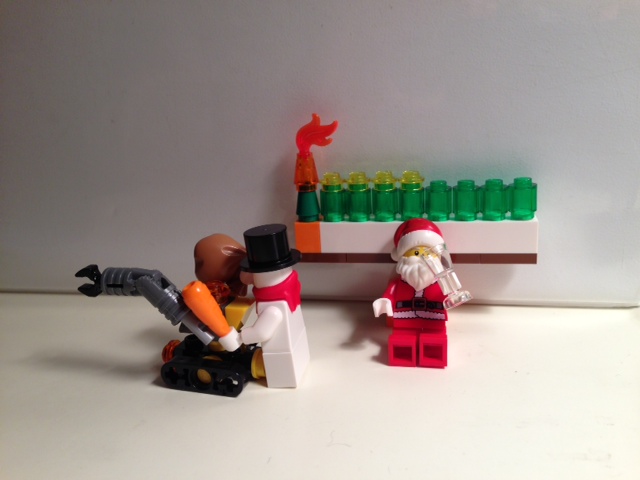 Because he’s the Man, Santa gets to chill under the menorah while Snowman does all the work. 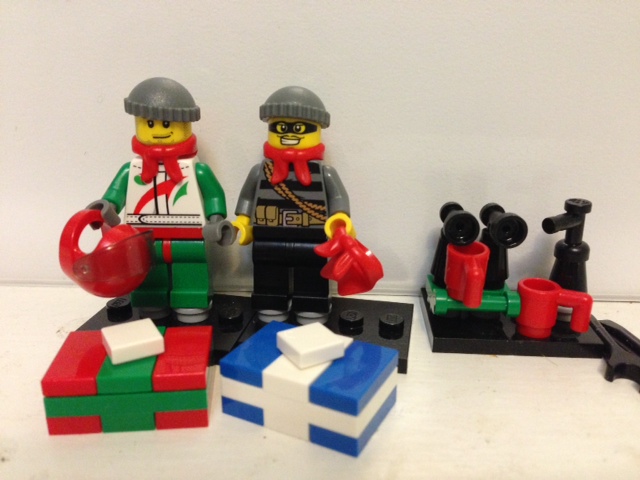 Jonah & Jeff checked out The Man Cave on Black Friday, and this new men’s department store more than passed muster. Among their purchases: sunglasses for Jonah; mittens for Jeff; matching scarves, caps, and platform shoes; a double espresso maker with milk foamer; and surprise gifts for each other. 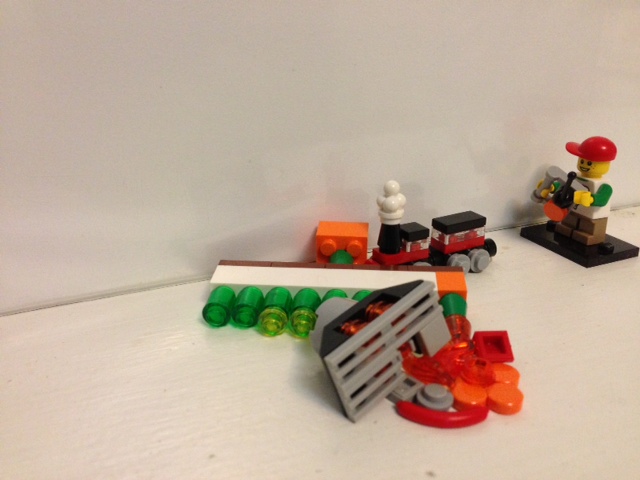 This is how the kids burn the house down. 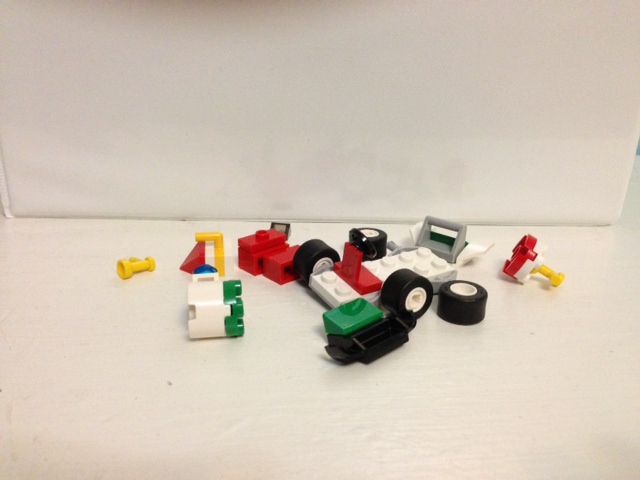 The bad thing about having Hanukkah early is that the new toys are already broken by Christmas. 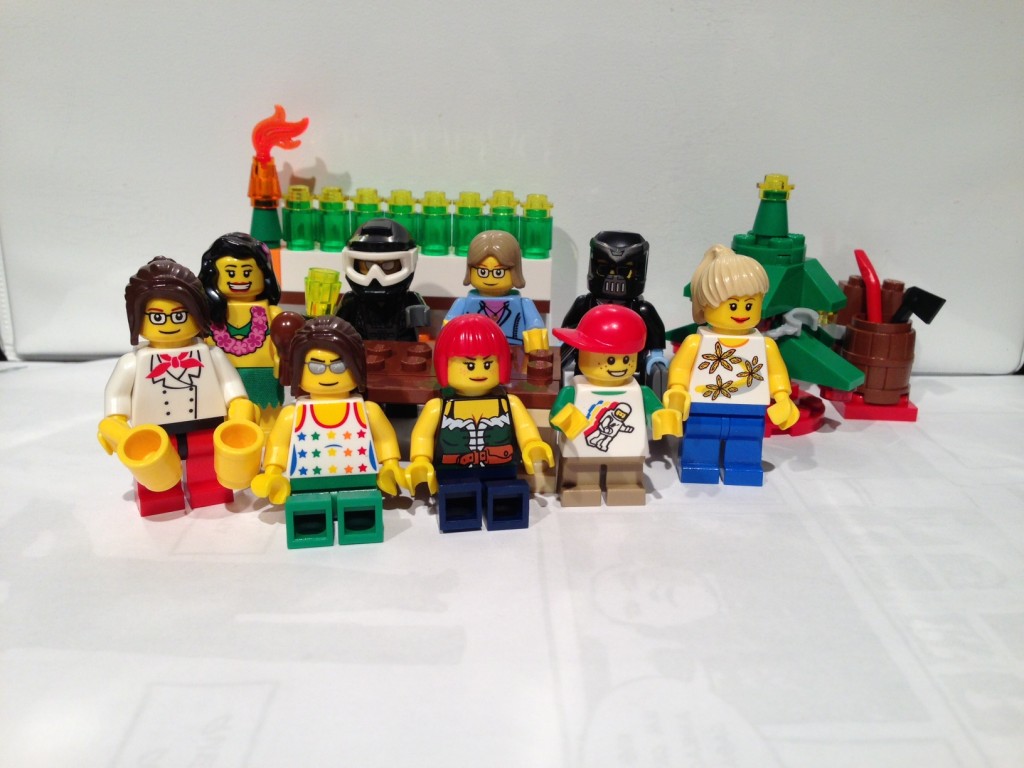 As Hanukkah 2013 ends, Lego Daft Punk, Mumfield & Daughers, and the little boy who nearly burned his house down would like to wish you a Happy Holiday Season.