Categories Menu
Home » Blog » The Place Where I Fell in Love

The Place Where I Fell in Love

This trip wasn’t the first time my husband and I came to Lisbon. We picked Lisbon and Madrid as our vacation destinations in February 2009, in part because we hadn’t been to Lisbon and we heard it was warm, even in the winter. 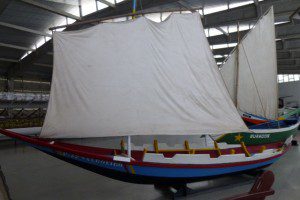 We arrived on a warm day that February, and because hubby believes in running around all day after our plane arrives in the morning as the best way of getting over jet lag, we dropped our bags off at the hotel and dashed off to the Tower of Belem, the Monument to the Discoveries, and the Maritime Museum. For me, the experience was unforgettable, as I saw the curiosity and courage of a people who have lived by the sea and lived from the sea, choosing to venture out into the unknown simply because it was there. Many said the earth was flat and those who travelled too far from their known fishing areas would fall off; others said those who travelled too far would be eaten by sea monsters. The day we first visited the museum, we saw an exhibit of pictures of sea monsters, drawn by the middle schoolers whose school occupied the same building as the museum.

The pictures of sea monsters are gone, and the middle schoolers are now finishing their last year of high school and, hopefully, on their way to university next year. But the museum is still there, and when our two children, Derrick and Maddy, arrived this past weekend, we made sure to take them. Seeing a museum twice allows you to compare first impressions with your experiences since, and this time, I pointed out to Derrick and Maddy the fact that the fishing boats 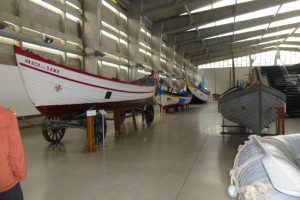 displayed here belonged to families and over generations helped to support them. Family members repaired and repainted their boats as needed; they were a source of pride as much as the houses and orchards that were passed down from generation to generation. Prominently displayed in our favorite fish store is a photo of the Martins family’s fishing boat, circa 1950s, with family members standing around. Here are some more from the museum.

Even though many children of the farmers and fishermen have moved to the city, they retain their ties to the land and the sea. Family members often take working vacations, in which they pick grapes or repair country houses and boats. One of my husband’s colleagues at the university showed us bottles of aged sweet wine that his family has made for nearly a hundred years. (Although it has all the characteristics of port, it’s not allowed to be called port because his family’s land is not located in the authorized area to use the name.) Behind our house, a family keeps several orange trees in the backyard, and I suspect they’re enjoying the fruits of the harvest because the ripe oranges are disappearing from the trees bit by bit.

I think what drew me back to Portugal after that first visit was the story of the place — the people who braved sea monsters to discover what was out there, just beyond the horizon. Women and children said farewell to their men along the Rio Tejo in the place where the Monument now stands, not knowing if they would see the men again, and then they went home and carried on with lives that revolved around the sea and the earth.

Our time in Lisbon has come to an end, but we will be back as well. 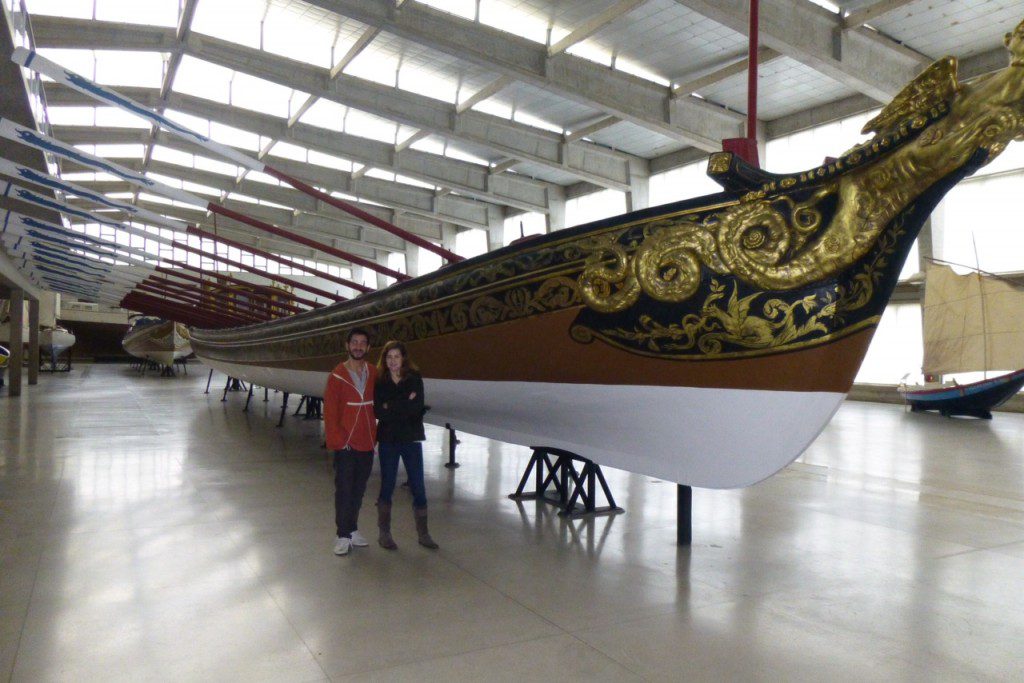