The Next Big Thing: Rogue Edition

Back in November, when I was in Portugal minding my own business, some authors in Australia created a blog hop called The Next Big Thing. Each author answered ten questions about his or her work in progress and “tagged” from one to five other authors to be The Next Big Thing. And so it went.

This tour has now circulated around the globe many times, and when I found out my friend Zetta Elliott had been tagged, I asked her to consider tagging me next–which is kind of like asking one of the popular girls to let you sit at her table. Fortunately, Zetta didn’t push my tray to the floor–which is what happened to me when I actually did try to sit at the popular girls’ table in seventh grade, and what happens to my protagonist, Kiara, in my forthcoming novel for older middle grade readers.

What is the working title of your book?

Rogue. It had quite a few titles before then, but I really like this one the best.

Where did the idea come from for the book?

This is the most autobiographical of my novels. A good part of the story happened in one form or another to me, from the lunchtray episode in the opening chapter on. All through school, I wanted nothing more than to have a friend, but I really didn’t know how to make or keep friends. In adulthood, I was diagnosed with Asperger’s syndrome, a mild form of autism that manifests itself in delays and deficiencies in social skills. Like me, Kiara will do anything to have a friend, including things that are wrong or dangerous. When I was in high school, I connected classmates to drug dealers at the community radio station where I volunteered, but I was so clueless that I didn’t know drugs were involved. I just thought these popular kids finally wanted to be my friends because I was cool.

What genre does your book fall under?

What actors would you choose to play your characters in a movie rendition?

I’m one of those weird people who likes foreign films (see previous post), so I’m not a good person to ask.

What is the one-sentence synopsis of your book?

A middle school girl with undiagnosed Asperger’s syndrome and an X-Men obsession searches for a friend and her own special power.

Will your book be self-published or represented by an agency?

My wonderful agent, Ellen Geiger at the Frances Goldin Literary Agency, sold the manuscript to Nancy Paulsen at Penguin last spring, and the novel is coming out in May of this year. It’s my first experience of being published by a major house; my last two novels came from the small literary publisher Curbstone Press, which closed at the end of 2009. 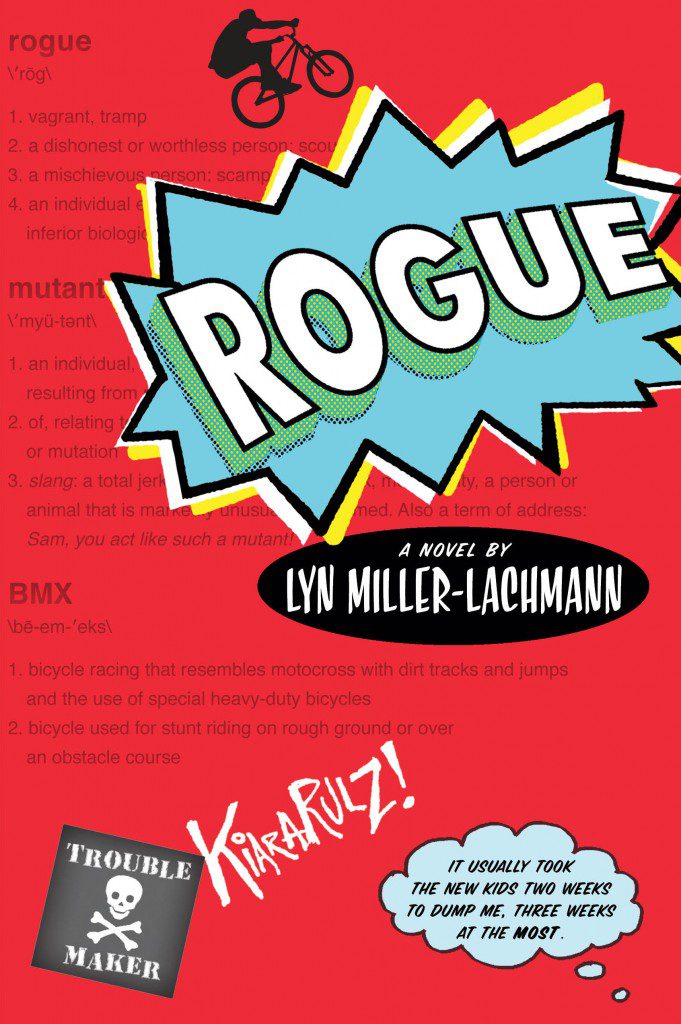 How long did it take you to write the first draft of your manuscript?

A year. It was my first and second semester project when I was working toward my Master’s in Fine Arts degree at Vermont College.

What other books would you compare this story to within your genre?

Both Kathryn Erskine’s Mockingbird and Francisco X. Stork’s Marcelo in the Real World depict protagonists with Asperger’s syndrome. In terms of age range, Rogue fits right in between them. My protagonist hasn’t been officially diagnosed yet, so she doesn’t have the same level of awareness of the syndrome–she just knows she’s different, or a “mutant” like her X-Men hero Rogue, and things that other people seem to “get” are difficult and confusing for her.

Who or what inspired you to write this book?

My first semester advisor at VCFA, An Na, encouraged me to write about aspects of my past that I found hard to face. Her award-winning debut novel, A Step from Heaven, served as a model in how she created a beautiful and moving story out of her difficult immigration experience.

What else about your book might pique the reader’s interest?

I love my cover, which emphasizes Kiara’s X-Men obsession and also the way that biking gets her outside, away from her computer and into the world. While out there, she discovers that her best shot at having a friend may be with boys rather than other girls, but that creates its own kinds of perils for someone who isn’t all that well-coordinated and doesn’t pick up on social cues. The boy characters and focus on a non-traditional sport–BMX freestyle–make this a book that boys as well as girls can enjoy.

Here are the authors I’m tagging: