The Most Important Thing I Learned from Canvassing

With the election two days away, my son is headed to Philadelphia to canvass for the Pennsylvania Democratic Party, which in 2010 gave him his first paid job after college graduation. I’m proud of him and impressed by his loyalty and commitment, though I’m also worried because of threats of violence that have targeted the Philadelphia area. I have some writer friends looking out for him and will also text to check in on him. 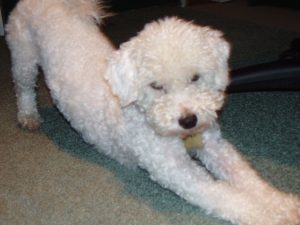 Twelve years ago, when Derrick was a senior in high school, I traveled to Wisconsin to canvass for John Kerry. At the time, he laughed at my efforts, considering me a bit of a fanatic to fly halfway across the country for what pre-election polls showed as a losing effort. He may have been just a little impressed when I called him in the middle of Bon Jovi’s performance of “Livin’ on a Prayer” at rally in Milwaukee the day before the election and right before Kerry himself stepped up to the microphone. In the end, Kerry did carry Wisconsin but as predicted lost the election.

I can’t say I enjoyed canvassing all that much. Unlike Derrick, I’m an introvert and don’t handle conflict well. And while the campaign headquarters featured a wide variety of food, the bathrooms — designed to accommodate a staff of ten people and not hundreds of volunteers — were beyond disgusting. (If I ever volunteer in a swing state in the future, I will take on the job of cleaning the bathrooms, which I greatly prefer to making phone calls and knocking on doors.)

And that brings me to the most important thing I learned from canvassing in Milwaukee, Wisconsin, in 2004. Going door to door wasn’t all torture. On the first day, we enjoyed nice weather (it went downhill from there, cold and rainy through Election Day) and the campaign sent us to a north shore neighborhood full of upper middle class, college-educated liberals, many of them faculty at the University of Wisconsin–Milwaukee around the corner. These were nice people, happy to see us, and committed to voting for Kerry and Senator Russ Feingold.

At one house, a woman answered with two small dogs yapping at her feet. One of those dogs was a Bichon Frise, just like the puppy we’d chosen from a breeder near us in upstate New York. Our family had planned to pick up the puppy a few days after the election, when he was old enough to leave his litter and we had time to train him. I had never raised a puppy, and the last dog I cared for was a 5-year-old mixed-breed terrier who came with a one-year house sitting arrangement when I was in graduate school in my early 20s. I was as apprehensive about the new dog as I was about the election.

When I told the woman about my new Bichon Frise, she stepped inside for a moment and brought me a book on caring for the breed — which she then said I could keep! I asked her for any advice on raising my pup. She told me that Bichons Frises were very difficult to housetrain. Not news I wanted to hear. I envisioned years of cleaning accidents from the rugs and replacing damaged wood floors. But, she said, they are very social dogs who take their cues from those around them. The key piece of advice:

“Never let him see you go to the bathroom indoors.”

Fortunately, at the time we lived in a house with a very large, tree-covered lot, so my husband demonstrated to puppy Charlie how a male animal does his business. Outside, preferably on a tree or other vertical structure. Combined with treats for “going” outside (a practice we continued for an entire year) and crating indoors at night and naptime (can’t say enough for working with a dog’s instinct not to foul the space where he eats and sleeps), we successfully house trained Charlie in less than four months. Twelve years later, our dog is a great canine citizen who has adjusted, without accidents, to living in multiple homes and cities.

I will always remember my meeting with that woman in Milwaukee, her generosity, and what I learned from her. Had I not gotten onto that plane to canvass in 2004, my entire family’s relationship with Charlie may have been different.