The Covid-19 Crisis and the Decline of U.S. Power: Guest Post by Richard Lachmann

Over the past few months, the Covid-19 pandemic has led to the cancellation of many conferences and tours for those launching new books in 2020. I’ve tried to highlight some of those books and authors here and here. Among those unlucky authors is my own husband, University at Albany professor of sociology Richard Lachmann, whose long-awaited nonfiction title First Class Passengers on a Sinking Ship: Elite Politics and the Decline of Great Powers, came out from Verso in January. Having offered my blog to others in similar straits, I’ve now offered him an opportunity to talk about his book and how it relates to the tragic mishandling in the United States of a worldwide public health crisis. 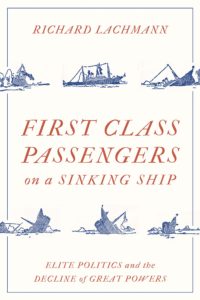 The disastrous shortcomings in America’s response to Covid-19 are legion:

Despite spending 50% more, both per capita and as a percentage of GDP, on medical care than any other country in the world, the US is unable to implement the mass testing for Covid-19 that has allowed East Asian countries to stem the virus. Hospitals lack enough ventilators, not to mention masks and gowns for their staff.

Mass quarantines, a necessary measure to stop or at least slow the spread of the virus, have left at least 20% of the US workforce unemployed by the end of April. The $2 trillion relief measure, the so-called CARES Act, has proven unable to quickly send money to the unemployed or to their employers, in large part because of the convoluted and decentralized system the US uses to pay out all social benefits, with the exception of Social Security, and the preference for tax credits tilted toward the rich over any sort of direct payments.

Meanwhile, corporations and well-connected crooks already are profiting from government relief funds and exploiting the misery of ordinary Americans. Drug and medical supply corporations and providers of less essential goods are jacking up prices. Well-connected businesses receive tax cuts and special subsidies through the relief bills. The Federal government paid FedEx more than twice as much as it would have cost to use Defense Department transport planes to ship health supplies.   The Federal Reserve is providing trillions of dollars to large corporations that will use more of the money to pay off debts incurred from stock buybacks and mergers than to keep workers on their payrolls.

It is easy to see the failure to respond to the health and economic emergencies as the result of Donald Trump’s unprecedented ignorance, corruption and cupidity. However, that way of thinking is highly incomplete and can lead to the mistaken view that if we elect Biden and he restores the Obama era all will be well again.

In reality, the US government is handling the current crisis in the same way that it deals with most problems. In January I published a book, First-Class Passengers on a Sinking Ship: Elite Politics and the Decline of Great Powers , that I’d been working on for ten years. I felt that the United States already was deep into its decline, and I wanted to explain how that came about. I thought I would be able to get a clearer idea if I could compare the US with the previous dominant world powers: Britain and before that the Netherlands. 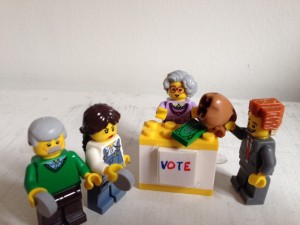 I found that in all three cases narrow elites gained control over the governments and economies of the dominant power. In so doing they monopolized resources and authority that otherwise could have been used to make investments that would have allowed their countries to fend off challenges from geopolitical and economic rivals. We see that today as the US loses the capacity to make and fund plans to covert the economy to green energy, educate the next generation for the sorts of jobs that will exist in this century, or build the basic infrastructure  we need to ensure that we have safe water, clean air, and reliable transportation.

We see the same failures in the medical field. The American healthcare system is organized to allow private entities to maximize their profits. As a result, there is no central coordination and the most effective but least profitable public health measures do not receive enough funds. Contact tracing requires training and paying a large staff of public health workers. That is not profitable. Similarly, manufacturing personal protective equipment, tests for Covid-19 and its antibodies, and the  swabs and reagents required for those tests, are not smart investments in the eyes of for-profit firms. Such items are not needed on a day-to-day basis and so can’t justify the costs of building factories that would sit unused or underused most of the time. 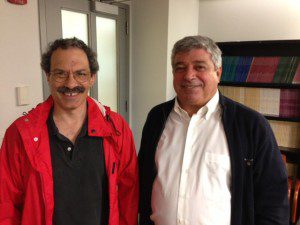 Elite power also has distorted the efforts to provide relief to the millions left unemployed by quarantines for Covid-19. For decades, elites have been able to insert property claims, tax breaks, and monopoly rights into government policies and procedures. As a result, government programs are organized to reward elites’ property interests over everyone else’s need for secure employment and healthcare. Elites use crises as opportunities to leverage their control over elected officials to gain new privileges for themselves.

So it should be no surprise that $170 billion, almost 10% of the CARES Act total, went for tax breaks that benefit the rich. Indeed, 82% of that will go to people making over $1 million a year, and because of the way the law was written the superrich beneficiaries will be mainly real estate and hedge fund investors. The 43,000 people who will gain from these provisions will get an average of $1.7 million each. Compare that to the maximum $1200 all the rest of us will receive. The $1200 checks are one-time payments. The tax breaks are structured to give rebates over several years.

The provisions that provide help to small businesses so they could keep their employees on the payroll were distorted by elite power as well. Hedge fund managers lobbied to ensure that the numerous small companies they own would be eligible for these loans that never have to be repaid even though their small business in reality now are part of gigantic firms.

Fortunately there seems to be widespread media attention to the corruption and failures in the government’s programs to reduce Covid-19 deaths and to mitigate economic suffering. Hopefully, this crisis will alert Americans to the ways in which they no longer have a democratic and capable government. We will see in November if Americans take the first steps toward limiting elite power and creating a politics and government that can serve the public and ensure our survival and that of our planet.