Talking About Translation at the 2015 Brooklyn Book Festival

Beginning this weekend, my events schedule is picking up, and I will be quite busy until Thanksgiving. I have three books in the mix. The World in a Second and Surviving Santiago came out in the spring, so they’re still relatively new, and I am delighted to report that Rogue has found a large, appreciative audience and taken on new life in recent months. 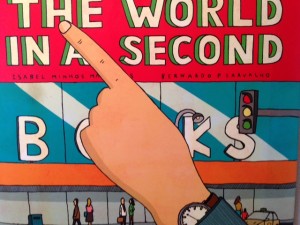 Kicking off my schedule is the Brooklyn Book Festival. I have never attended the BBF because until this year I taught Sunday School in Schenectady, so my first year living full-time in New York City is both my first time attending and my first time presenting. It turns out that I’m not the only BBF newbie; several others on my panel are either new to the city or returned after a long hiatus.

The panel, titled “PEN Presents: Translating Books for Youth,” will take place at the St. Francis Workshop Space at 2 pm on Sunday, September 20. Joining me will be moderator Alex Zucker, the co-chair of the PEN Translation Committee and a translator of literary fiction from Czech to English; my editor at Enchanted Lion Books, Claudia Zöe Bedrick; Julia Heim, translator of the popular Geronimo Stilton series from Italian to English; and Mara Lethem, who translates graphic novels from Spanish and Catalan to English. 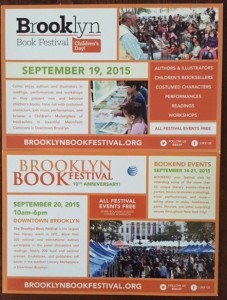 Last weekend we met to trade books and go over some of the points we will discuss at the panel. Among the questions we’ll address are “Why is it important to have books in translation for young readers?” and its corollary, “Why is it important to acknowledge the fact that a book is translated?” We’ll also discuss the differences in translating books for children versus books for adults and the extent to which aspects of the text — and illustrations — are transformed for our target audience. Does this transformation lead to a flattening of the presentation, or is it a cultural transformation with its own uniqueness and richness? I know all of us will have a lot to say — and we want to leave time for audience questions — so I expect our allotted hour to pass quickly. I am honored to be on a panel with people who have such diverse experiences of translating and publishing in multiple categories and genres and hope someone in the audience will take good notes and share those notes with me. I learned from the ALA Diversity and Intellectual Freedom panel that being on the panel and taking notes don’t mix, which is why you dear readers don’t know exactly what happened on that Sunday morning in San Francisco.

As I prepare for Sunday’s panel, I’m also working on two more picture book translations for Enchanted Lion, to be published in 2016. Coming out in late spring, just in time for summer, is LITTLE WAVE (Uma Onda Pequenina). [Update: This book has been postponed to spring 2017, but a different translated picture book from Portugal will take its place in fall 2016.] Like The World in a Second, the text is from Isabel Minhós Martins, the Portuguese author and publisher whose whimsical stories have already charmed young readers around the world. Illustrated by Yara Kono, LITTLE WAVE is the story of a young boy who imagines himself swimming within the pages of the book — at least until he “sees” a dangerous critter and needs help to get back in the water. The story is interactive. It engages the reader in the process of imagination and explores the format of the book as a child’s play space. Many recently published picture books offer this kind of metafiction, breaking down the “fourth wall” between author/illustrator and reader, and LITTLE WAVE does so in an original, thought-provoking, and delightful way. 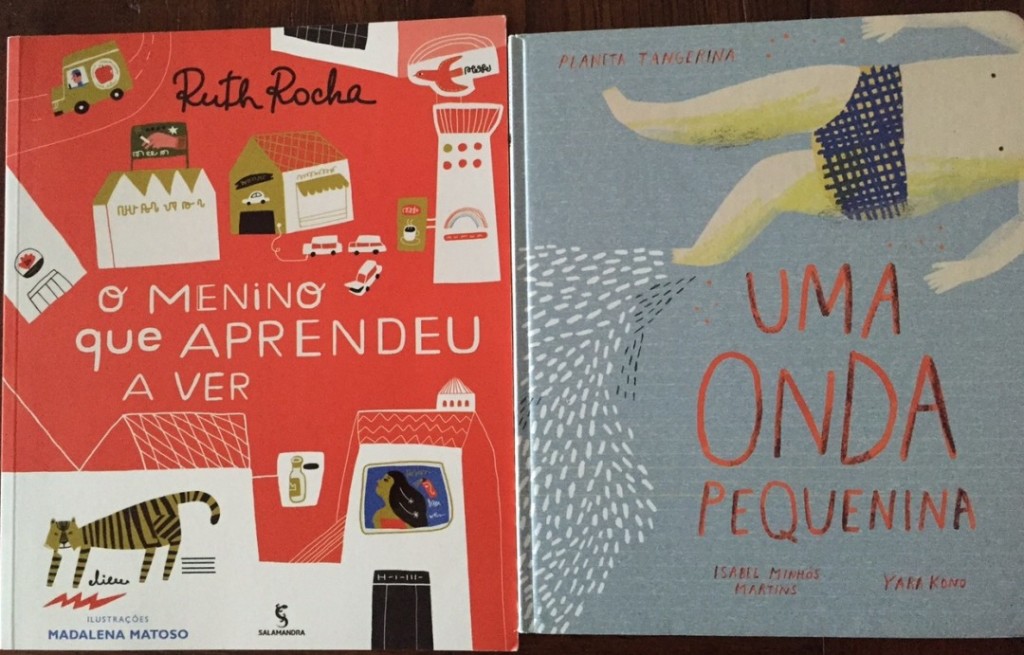 The publication of O Menino Que Aprendeu a Ver (the title translates to THE BOY WHO LEARNED TO SEE, but the translated book will have a different title) coincides with the start of school in fall 2016. This classic novel by Ruth Rocha has been published in nine editions in her home country of Brazil and in many other countries throughout the world. The newest edition features illustrations by Portuguese artist Madalena Matoso, who has also illustrated several of Isabel Minhós Martins’s books. The story follows a little boy in Brazil as he learns to read in school and comes to see the world in a different way. I like the way Matoso illustrates the ethnic and cultural diversity of Brazil, a country almost as populous and just as diverse as the United States. It’s important for young people to see that the rest of the world isn’t so different; it’s fun to see how people in other countries live and to compare and contrast. I’ve had a lot of fun translating this book, and I hope young children and their parents and teachers enjoy reading it, too!