Stolen Children and the Lessons of a Duck Pond

I returned from Portugal to the news that, over the past two months, my government has snatched more than 2,300 children from their parents trying to cross the southern border or presenting themselves to request asylum. Many of these children are in large internment centers — including “tender age” centers for infants and toddlers — or shipped across the country to group homes. A reporter for a New York City television station observed five elementary-school-age girls brought into an East Harlem foster care agency in the middle of the night. The girls’ current location is unknown. 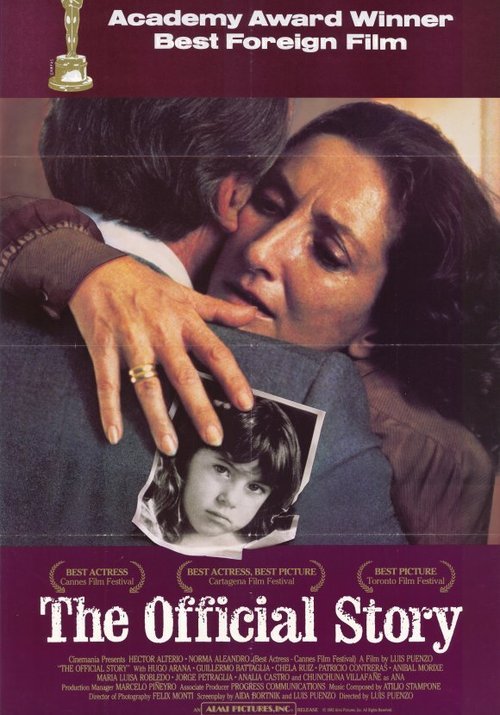 While the President has signed an executive order — because he now rules in large part by fiat — ending child separation in favor of families interned together much like the Japanese-American families during the Second World War, there are no plans to reunite the 2,300 stolen children with their parents. Perhaps these children will be kept in group homes and foster care indefinitely. Or deported separately. Or adopted out to families deemed by the government to be “good families,” much like the children taken from imprisoned parents during Argentina’s Dirty War. (The Academy Award-winning film The Official Story explores this historical event that has become frighteningly relevant today.)

The snatching of children from one group of the President’s political “enemies” — people fleeing violence in Central America — makes me think of the pond near the house in Albany where I lived for 10 years. For many of those years, ducks and geese coexisted peacefully, each raising their ducklings and goslings. On this peaceful pond, most of the offspring survived. Occasionally, a snapping turtle got a duckling or a weaker one died of hypothermia or illness. During a year of drought, though, things changed. The geese turned on the ducks. They descended on a line of ducklings swimming in the wake of their mother, and cut off the ones at the end. The geese proceeded to beat the captured ducklings to death or drown them, leaving their lifeless bodies floating on the pond’s surface. The ducks, to survive, had larger and more frequent families, but as it became more and more hopeless for the parents to save them, the fathers disappeared and the mothers became less attentive, leaving their surviving offspring to wander the pond and environs alone. Out of more than 30 ducklings born that year, only one female survived. 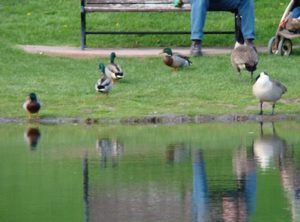 When ducks and geese lived together.

The following year, ducks stopped coming to the pond, leaving only geese with their noise and excrement. The geese, emboldened, began to attack human babies and toddlers. Surprisingly, the only creatures that deterred them were dogs, including little Charlie whose bark would chase them into the water. From then on, the pond was a less peaceful and interesting place with the ducks driven away. And I saw where, in the animal kingdom, the way rivals attacked and won was by stealing children.

In theory, morality distinguishes human beings from the rest of the animal world. Even if their adherents don’t always live by it, religions promulgate a moral code and often cite it as the reason humankind has been given dominion over the other animals. 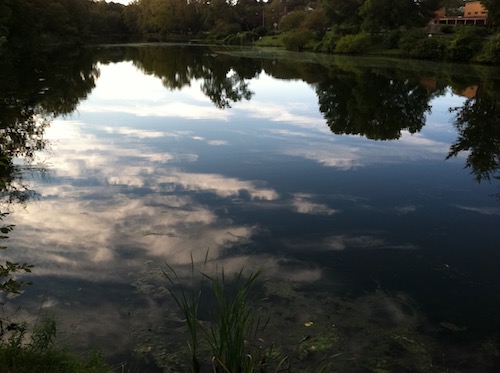 The pond at twilight.

For a year and a half, I have watched my country descend into the kind of barbarism that one often sees in raw nature. This is not new. A good part of the country practiced slavery until 1865, and brutal lynchings were entertainment for many decades afterward. The settlers of the nineteenth century stole Native children with a brutality that put the Canada geese to shame, sending them to boarding schools with the admonition by US Colonel Richard Pratt to “kill the Indian, and save the man.” This practice continued well into the twentieth century, even after the Second World War and the shame of the Japanese-American internment.

But just because the United States has engaged in barbarism in the past does not excuse inaction against it today. Our knowledge of the atrocities has grown, as has our awareness and understanding of human rights. We assume the twenty-first century is less barbaric than the Roman Empire, the Middle Ages, the bloody twentieth century because we know about these past events and the horrific consequences. But time is no guarantee of backsliding. Civilization doesn’t just happen. As human beings, we are creatures of intelligence, faith, and morality. It’s time to show it.