Revision and the Photographer’s Challenge: The Bricksters, Part 2 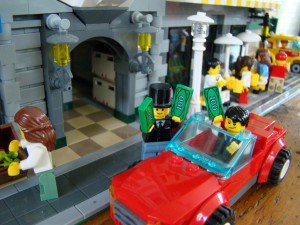 Mayor Slik cut taxes on the top 1%, which made Rand and Giovanni very happy. Everyone else — not so much.

Last month I met with an author friend who has worked many years for newspapers. We talked about revision and how for us that is our favorite stage of writing, when we add dimension and depth to our stories. She mentioned a key difference between newspaper writers and photographers: While writers usually have the opportunity to follow up with their sources to fill in the gaps, photographers have to get it right the first time because that photo opportunity will never present itself in the same way again.

Now that I’ve been uploading some of my LEGO photos to Instagram, I’ve gotten advice from a group of talented and generous professional photographers who congregate around the @brickcentral feed. When I went to the Associated Writing Programs (AWP) conference in Seattle last month, I had the pleasure of meeting one of them, Shelly Corbett, who goes by the handle @xxsjc. Shelly and the Swedish photographer @_me2_ recently started a blog, www.stuckinplastic.com where they discuss topics in toy photography and strive to make newbie photographers like me better. 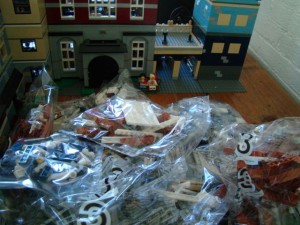 Blurry, too small subjects mar this photo of Annelise and Ife watching Town Hall not get built.

I know I have a long way to go, but I also started from a very low base. Many of my early efforts are, in a word, cringeworthy. After my first Brickster episode, “Meet the Bricksters,” I created one titled “H8 Comes to Town,” in which Annelise and Ife must wait for their wedding because Town Hall hasn’t yet been built and they have no place to get married. And why hasn’t Town Hall been built? After receiving large campaign contributions from Little Brick Township’s 1%, Rand and Giovanni, Mayor Slik cut taxes on the highest incomes, thereby depriving the town of critical income for public projects. Patricio, the muckraking writer for the alternative newspaper, The Daily Brick, chronicled the stalled project and the reasons for its delay. 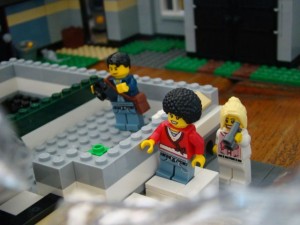 Patricio exposes the consequences of the tax cuts, but I’ve focused on the wrong character here.

Unfortunately, my photography wasn’t up to the story. Dark, blurry photos, focus on the wrong subjects, too-distant subjects, and poor angles contributed to ugly visuals. Later on, the story itself turned kind of ugly, but at least the pictures turned out reasonably well and appear below.

I thus have half of a graphic novel chapter and no chance to fix the other photos. Like the newspaper photographers described by my friend, I cannot go back and retake those pictures. They came from the time that my Town Hall set was in unopened poly bags or partially built. Now, the poly bags have been emptied and thrown away. The Town Hall is finally finished and serves as a lively center of Little Brick Township. In a few weeks this blog will present Annelise and Ife’s wedding (warning—more mediocre photos) and the drama at the wedding party that continues to envelop the Bricksters today.

In the meantime, perhaps you too will have a new appreciation of a writer’s ability to revise. And while you may point out that photographers can edit their work too, there are some things you just can’t fix. 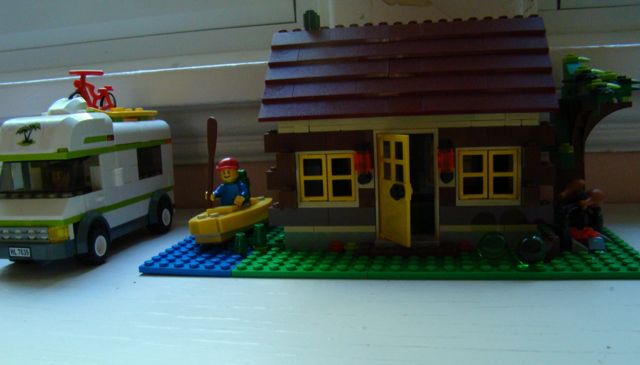 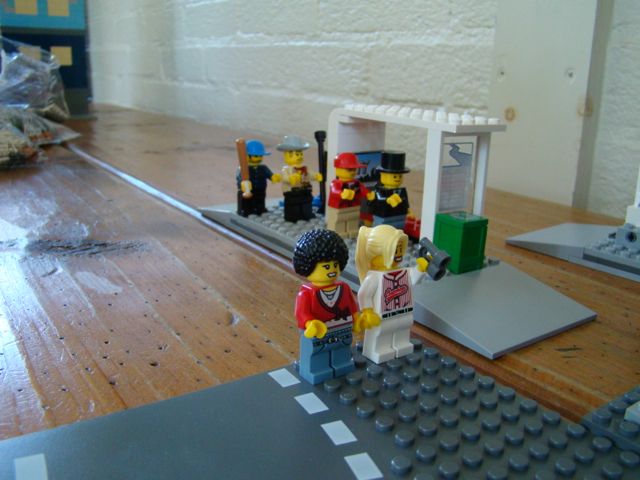 …that they don’t see the danger behind them.

The bad guys are getting away! The budget cuts have decimated our first responders. 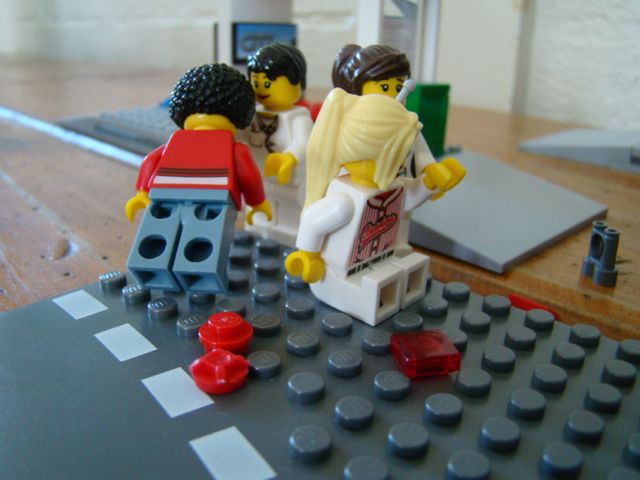 Fortunately, a pair of Good Samaritans come to the rescue.

In his press conference, Mayor Slik vows to find the culprits and finish Town Hall.