Redemption: The Ugly History of a Word

I don’t think the current president knows the meaning of all the words he uses, but his advisers and speechwriters do. So when he used the word “redemption” at a MAGA rally in New Hampshire on the eve of the primary earlier this month, a lot of people wondered why and what it meant. He raised it in the context of the border wall, telling his audience

Shortly after taking power, the president floated the idea of seizing portions of wire transfers from immigrants, documented and undocumented, to their families abroad. These are known as “remittances” and have long supported immigrants’ families and communities back home. Such remittances from their families abroad kept Irish peasants alive during the nineteenth century Potato Famine as well as members of my own family who struggled to make a living and eventually sought passage out of Eastern Europe at the turn of the twentieth century. (Had they remained in their homes rather than moving to the U.S. or Argentina, they surely would have perished in the Holocaust.) The president didn’t get to take the remittances, thereby leaving taxpayers to fund the wall, because so far in this country, a leader cannot just snap his fingers and deprive anyone of their assets and property without due process. Yes, these things can happen (google “civil asset forfeiture”), but those deprived of their money and property can sue to get it back and several municipalities have been exposed for their arbitrary and corrupt seizures of property. 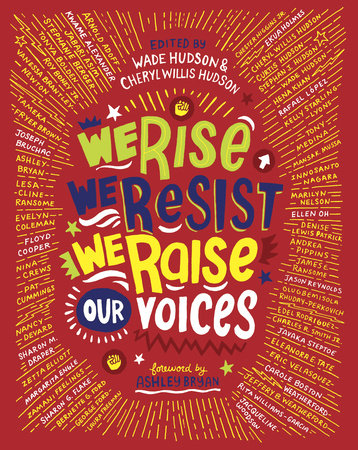 This collection, published in 2018, is a powerful tribute to those who stood up for freedom, from the founding of the Republic through the Civil Rights Movement to the present.

In fact, the rally-promised redemption is related to the seizure of remittances as well as the seizure of a whole lot more. And here, in the middle of Black History Month, let us turn to the years after the Civil War, when the victorious Union government proclaimed the freedom of enslaved people and ratified the 13th, 14th, and 15th Amendments to the U.S. Constitution outlawing slavery, granting citizenship and its associated rights to all persons, and allowing all African-American men to vote (as women didn’t gain the franchise until the 19th Amendment in 1920). Plantation owners who supported the Confederacy lost their land, much of which was granted in small parcels to the formerly enslaved people who had actually worked that land. With the right to vote, African Americans elected leaders, and because the fruits of their labor didn’t go to someone else by law, they could get an education, start businesses, enter professions, and become wealthy — the promise of a market economy which before really wasn’t a market economy as long as human beings were treated as livestock on the basis of their skin color. Throughout the South, thriving Black communities showed what work ethic and ingenuity could do when people lived in freedom.

But the Southern slavocracy, vanquished on the battlefield, lay in wait. They knew that if they stuck together, they could outlast the will of the federal government to guarantee the safety and freedom of Black communities. They knew that in the corrupt patronage system that characterized the federal government at that time, Republican leaders cared more about their own jobs and fiefdoms than about defending the new amendments to the Constitution that guaranteed equal treatment under the law to all Americans. The Compromise of 1877 gave the presidency to the Republicans in return for pulling federal troops out of the South, thus allowing the Redemption. 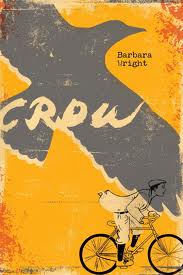 Barbara Wright’s CROW is a powerful read set in Wilmington at the time of the 1898 race riot and coup that brought a Jim Crow regime to that city.

Over the next two decades, the Redemption involved the seizure, by law and by violence, the farms, businesses, and other assets of Black Americans, the deprivation of voting rights, terrorist killings, mass incarceration, and the imposition of Jim Crow — a racial caste system that devastated Black political power and economic opportunity in the South. Many African Americans responded by leaving their homes, traveling west and north in what became the Great Migration.

When I took history in middle and high school in Houston, Texas, I learned nothing about the Redemption, even though the ill-gotten gains from seizing African-American assets, and the ill-gotten opportunities from locking out people based on the color of their skin, flowed to my immigrant family as well as the families of my classmates descended from enslavers. We talk about reparations for slavery, but, having grown up in the South, I think there should be additional reparations for Jim Crow — for the lives lost, the property seized, the educational and economic opportunities taken away. It’s a stain upon the country that, unresolved like everything else about white privilege, echoes in the present day threatening to upend the Constitution, the rule of law, and the promise of both democracy and a free-market economy.

So when the president uses the word redemption in the context of seizing assets of a group based on their immigration status, national origin, religion, or skin color, it is not an accident, and it is not a joke.