While I’m an avid reader of political blogs, I especially enjoy the comments section because it’s a way of getting to know the perspectives and language of ordinary people. (Tip for language learners: By reading blog posts and comments in Portuguese and Spanish, I’ve picked up a lot of idioms and slang that would have been much more difficult for me to learn otherwise.) And one of the dominant images in politically-related comments is that of popcorn. 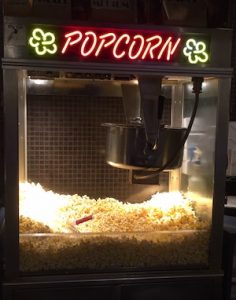 Popcorn — a movie staple — is what one enjoys while watching political adversaries self-destruct. As I’ve read articles on the Republicans’ inability to repeal and replace the Affordable Care Act, aka Obamacare, commenters on the left frequently write, “Pass the popcorn,” or some variant thereof.

Eating popcorn is a pleasurable experience in this case, related to the concept of schadenfreude — the pleasure one gets from seeing the misfortune of others, particularly when the others have more power. Taking pleasure in the suffering of those who are weaker, less fortunate, or traditionally oppressed, while technically considered schadenfreude as well, strikes me more as cruelty; it’s what bullies do when they deliberately and regularly inflict pain on those who have less power. 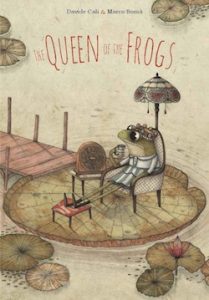 But metaphorical popcorn, like real popcorn, can be unhealthy when eaten too much, or with too much butter. Just as sedentary moviegoers munch their large tubs while sipping giant sodas for two hours of a Hollywood feature, political popcorn munchers demonstrate an equivalent level of passivity and powerlessness. The political opponents who are self-destructing are the ones who have all the power in the first place. The rulers with the scandalous personal lives are still rulers — and we are their subjects. Comedy is at its best when it punches up — when it tweaks those who have all the power. (Punch down comedy, which makes fun of people who are already ostracized and suffering, isn’t really comedy but bullying and humiliation.) The medieval carnival was an institutionalized form of release for oppressed peoples, who for a day or a week could pretend to be kings and nobles while portraying the real kings and nobles as fools. In the picture book I recently translated, The Queen of the Frogs, there is this kind of reversal, for when the queen loses her crown and, thus, her power, her former subjects throw mud balls at her. 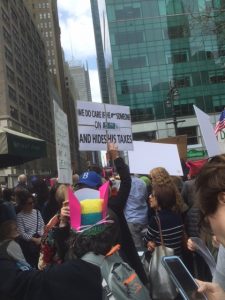 20,000 New Yorkers showed up on April 15 to demand the president release his taxes.

Passing the popcorn implies that politics is a spectator sport rather than a participatory one. We have lost our power and are reduced to watching those who have it make fools of themselves. In authoritarian regimes, below-the-surface grumbling and humor are tools of survival, as people often have no safe way of changing the way things are. Early in my novel set in Portugal under the Salazar dictatorship, I capture this sentiment when a visitor to a fado restaurant surreptitiously moves an obligatory framed photo of the leader with the caption “Proudly Alone” (a public relations campaign to support Portugal’s colonial wars in Africa and to tell other countries to stay out of the isolated dictatorship’s affairs) to a bathroom that can only accommodate one person at a time.

Here in the United States, we’re not at that point yet. But I’d like to see a lot less passing the popcorn, and a lot more voices in the street, at Congressional offices and town halls, and — since this seems to be the best way of changing things despite the non-level playing field — at the ballot box.