Categories Menu
Home » Blog » On Flags and Diverse Books: How We Can Make a Difference

On Flags and Diverse Books: How We Can Make a Difference

I’m back at Vermont College of Fine Arts as a graduate assistant, having signed up as an emergency fill-in. Yes, emergencies do happen, and this is the second time in a row I’ve been called. Much as I’d hoped to have some quiet time to write in July, I’m glad I’m here to see friends graduate and to hear inspiring lectures on topics like story structure and metaphor, things I’m grappling with in my current work in progress. It’s also giving me the opportunity for input on a translation for which my first draft was apparently less-than-successful. (More on that in a future post.) 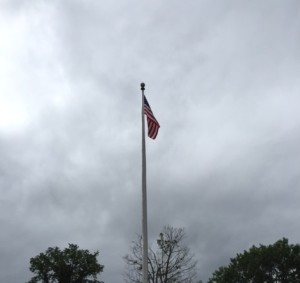 Only one flag on this flagpole: the United States.

On the six-hour drive to Vermont (thanks to traffic in the New York City area and a road closure on I-91), I listened to coverage of South Carolina governor Nikki Haley signing historic legislation to remove the Confederate battle flag from the State Capitol grounds. Legislators from both parties agreed to relocate the Stars and Bars to a museum following the horrific killing of nine African-American worshipers in Charleston by an admitted white supremacist. At VCFA I spoke to a fellow grad assistant who lives in South Carolina and whose graduate lecture last winter challenged stereotypes of rural whites. While the shooter fit that stereotype, she saw the response, including the removal of the flag, as evidence that his views were far from the majority.

I wondered why it took the violent deaths of nine beautiful people for this change to happen. We talked about how tragic events often galvanize people to make long-overdue changes. But there’s no guarantee. Police continue to kill unarmed black men (and women) despite outrage over the deaths of Michael Brown, Eric Garner, Freddie Gray, and so many others before and after them. In many states, legislators have responded to mass shootings by loosening restrictions on gun ownership. While South Carolina lowered the Confederate battle flag, Wisconsin removed waiting periods for people to buy guns. (Talk about the reversal of stereotypes.) “I have never been more proud of my state,” she told me. “It could have gone the other way. But it didn’t.” 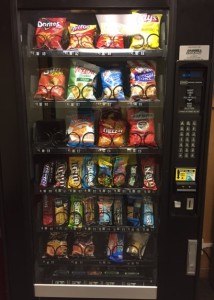 Imagine this vending machine filled with books. Then imagine those books reflecting our diversity.

We have a long way to go toward overcoming racism, but the response in South Carolina offers hope. In the following days, I learned of another place where our activism can make a difference. My friend and fellow author Zetta Elliott devoted a blog post to airline Jet Blue’s initiative to place vending machines with free books in low-income areas, starting in Washington, DC. It’s a worthwhile initiative, but the Soar with Reading program, tasked with choosing books for the vending machines, included authors or illustrators of color for only 4 of the 46 selected titles. As Zetta writes,

These books undoubtedly appeal to young readers and they serve as windows into other worlds, but they fail to serve as “mirrors” for the children of color most likely to access the vending machines.

I hope — and expect — that this open letter, signed by dozens of authors, educators, and librarians, will encourage Jet Blue and the Soar with Reading program to rethink their vending machine offerings. Young people of all backgrounds need to see that their histories, lives, and experiences have value. They need a full range of choices – not just the traditional canon or the most heavily promoted books from corporate publishers. The letter urges “every effort to partner with independent publishers that make diversity and equity a priority,” grassroots publishers that know their own communities but have difficulty accessing traditional distribution channels. 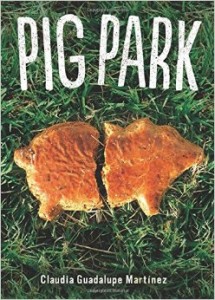 Beyond providing mirrors, diverse books provide windows for white children who have grown accustomed to nothing but books about themselves. For some white children, a diverse book may be the only point of contact with someone of a different race or nationality. And while others may live in more diverse communities, the absence of diverse books sends a message that some people’s experiences have more value than others. It’s exactly the wrong message to send to our young people.

But working together, we have the power to make the change. I hope you will read and sign the letter, and get to know the independent publishers that are producing authentic diverse books.