Although I’m devoting most of my October posts to what my Lego town can show about writing, October is also National Bullying Prevention Month. As a survivor of relentless bullying in elementary, middle, and high school, I feel compelled to do my part to make sure no child or teenager goes through what I went through at that age. 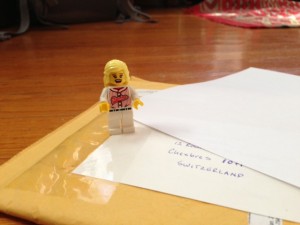 Karlijn’s behavior with Patricio and Giovanni caused the town to turn against her and her family to send her away. The “scarlet letter” still holds true in Little Brick Township.

At the beginning of this month, I watched the documentary “Valentine Street” on HBO. The film explores a deadly shooting on February 12, 2008 at a middle school in Oxnard, California. Fourteen-year-old Brandon McInerny shot classmate Lawrence (Larry) King in a computer lab because Larry had embarrassed Brandon in front of his friends by asking Brandon to be his valentine. Larry, who was 15 and living in a shelter for homeless teens, identified as male to female transgender and often wore makeup and earrings along with his school uniform. He was also biracial. Brandon, who had an abusive father and both parents with drug and alcohol addictions, had recently contacted a white supremacist group.

What struck me most about the documentary was the attitude of the adults at the school. While both boys came from troubled backgrounds, Brandon was seen as a “good kid,” while Larry had learning disabilities and had been in and out of trouble, mostly because of his nonconforming gender identity. He would ask teachers to call him by a girl’s name, and most refused and punished him for being disruptive. One teacher, however, sought to be an ally to him and to the other LGBTQ students at the school. After the shooting, that teacher lost her position and went, in her words, from “a $55 an hour job to a $9 an hour job” at Starbuck’s. The other teachers — the ones who punished and ostracized Larry, who thought he was the one who needed to change because being gay or trans was a “sin” — continue to teach at the school. And in the district, LGBTQ kids continue to be bullied. 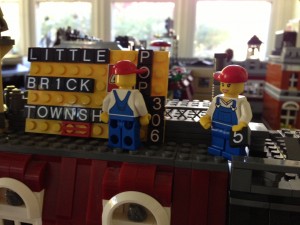 With Karlijn gone, it was time to change the sign.

The LGBTQ kids in the documentary — the ones who were Larry’s only friends — spoke about how the term “gay” is used as an all-round epithet. Their words made me think of another word that was commonly used in that way, and often still is — “retarded.” I got called “retarded” a lot when I was growing up. I also had trouble fitting in. Teachers often found me difficult or disruptive, and I had a hard time finding kids my age who would be my friends.

To combat bullying effectively, we have to acknowledge the fact that kids who constantly find themselves the target of bullies may also be the hardest kids to like — but it doesn’t matter. Adults have to be the adults here. We have to confront our own prejudices, whether they be preconceptions about what developmentally disabled kids are capable of accomplishing, ideological beliefs about sexual orientation and gender identity, or ideas of how “weird” kids should behave and fit in. If kids have made choices related to drinking, drugs, or sexual relationships that get them labeled and shunned, harassed, or cyberbullied, we have to understand that they are kids — still works in progress — and we as adults must not turn our backs on them. All the anti-bullying posters and speeches do no good at all if we adults show that we don’t care as much about those children and teens who do not conform to the mainstream or who make what appear to be bad choices. There are many ways that adults overtly and subtly enable the bullying of nonconforming kids — the kids that almost no one seems to like — and awareness is the first step to ending this vicious pattern. 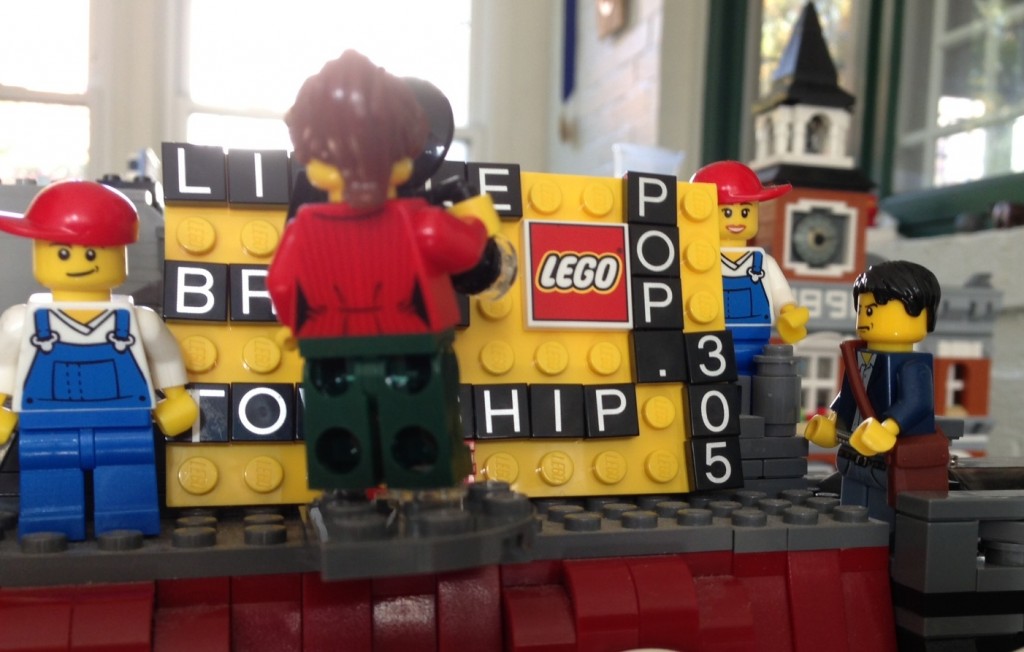 The townspeople thought Patricio would be happiest of all to see Karlijn go, but he knows bullying when he sees it.

As you see from the photos, this is a lesson the denizens of Little Brick Township need to learn as well.