I hope everyone is enjoying their holiday season and looking forward to the new year! At the beginning of 2018 I announced a single New Year’s Resolution, recognizing that I have a long history of not following through. I figured one would be easier to fulfill than many, not taking into account that no matter what I accomplished related to the resolution, if I didn’t actually do it, I’d be zero for one.

And guess what? If you look at it that way, I’m zero for one. 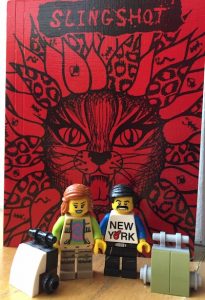 No, I didn’t publish the e-book travel guide to Portugal. If by looking at my banner and accompanying photograph without reading the blog post, you might have thought that my resolution would have been to travel more in 2018. I did accomplish that goal, with more than a month in Portugal, two weeks in Greece, and a two-week family heritage trip with my daughter to Berlin and Prague.

But that’s not the only reason I’m calling my year a mixed bag for resolutions. The fact that I didn’t self-publish a travel guide to Portugal doesn’t mean I didn’t achieve some self-publishing goals. In March, I wrote a widely-read blog post for #kidlitwomen that later became a podcast and the basis for an interview titled “Going It Alone as an Autistic Woman Writer,” exploring why self-publishing has become a viable alternative for me and how the publishing industry can be a more friendly place for neurodivergent book creators. And at the end of this year, I had the option of not “going it alone,” when the founder of a small co-op press approached me to work with her on the new edition of Rogue and, if I’m interested in pursuing it, three of my six recent fiction projects. 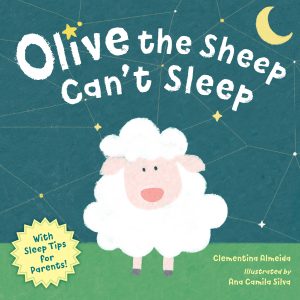 I did have a translation come out in the U.S. this year, from Charlesbridge and first published in Portugal.

My initial decision to put off the e-book travel guide, though, had more to do with other opportunities that presented themselves earlier this year and that left me with little time for the significant tasks of production and marketing that self-publishing requires. For the first time ever, I’ve made a substantial amount of money as a translator. Interestingly, none of the translation projects I worked on this year were for publishers or other entities in the United States. For instance, I translated my first middle grade novel from Portuguese to English, hired by a publisher in Brazil, Editora Caixote. I’m working more regularly on academic projects for the university in Portugal where my husband teaches. I also translated my first screenplay this year, from Spanish to English. I thoroughly enjoyed the project — and the idea that actors will be speaking my words — and, as a huge fan of international cinema (see below), I hope to work on more screenplays and subtitling in the future.

While I had a lot of translation work this year, it was also a good year for my own writing, at least in terms of productivity. Besides the regular blog posts, I finished the first draft of an #ownvoices YA/adult crossover historical novel, wrote a full second draft, and am now closing in on a submission-ready manuscript. I co-wrote an #ownvoices chapter book proposal and sample chapters that went out on submission but has yet to find a home. I’m about two-thirds of the way through a YA historical novel in verse that beta readers seem to love. And I have two other projects in the works. One is an #ownvoices picture book for which I’ve reached out to a co-author, as I believe that finding a co-author with a “hot hand” may be my best way of getting back into traditional publishing with my own voices stories. The other is a YA rom-com drawing from the two unlikeliest characters to pair up in one of my old failed manuscripts. I always like to try new things, and I hate to throw stuff away.

So now that New Year’s Day is approaching, am I going to come up with another resolution in order to not quite achieve it? It’s now Thursday, December 27, and I have five days to decide. 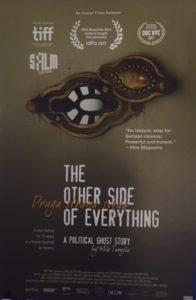 P.S.: As a special treat if you’ve read this far, here’s my list of international films from 2018 that you should see, with a brief summary and the language you can learn while watching:

Capernaum: This Lebanese film uses a dual timeline to portray how an impoverished 12-year-old boy ends up in prison, where he sues his parents and tries to do right by an Ethiopian refugee woman who tried to help him. (Arabic)

Roma: Alfonso Cuarón’s personal story is a black-and-white masterpiece that portrays a well-to-do but troubled family in Mexico City in 1970-71 through the eyes of a housekeeper to whom the four children have bonded. (Spanish, Mixtec)

Cold War: Also shot in black-and-white, this film covers 15 years of Cold War history through the romance of a middle-aged pianist and a young singer who meet as part of a Polish performing troupe but end up on opposite sides of the Iron Curtain. (Polish)

Shoplifters: From the director of the thematically similar Nobody Knows, this film set in Tokyo portrays an unusual family that survives through petty crime and secrets as they “rescue” a neighbor girl from an abusive situation. (Japanese)

Happy Like Lazzaro: Taking place over the course of 12 years, this blend of realism and magic follows a kind and innocent sharecropper as he encounters corruption and exploitation in an Italian village cut off from the world. (Italian)

The Other Side of Everything: This award-winning documentary from Serbia portrays one of the middle-aged “mothers” of the student uprising that toppled the regime of Slobodan Milosević, then and today. (Serbian)