I read yesterday that 80% of New Year’s Resolutions go unrealized, which makes me feel a lot better since my completion is way down there in the lower half. Last year, I went for a modest one resolution in the hope that it would improve my focus and I’d get it done, but the e-book travel guide to Portugal that I promised I’d publish on the Kindle Publishing Platform remains unpublished. The article about failed resolutions goes on to offer 19 reasons why they go unfilled, and my downfall this time consisted of reasons #1 (“You lack consistency,” in other words, starting off enthusiastically and then losing interest), #12 (“People’s opinions are important to you,” in other words, the derision of my author colleagues toward self-published work — including Twitter unfollowing for the first “buy my book” tweet — scared me away), and #19 (“You fail to act,” ’nuff said). At the same time, I did finish or make significant progress on several manuscripts, translate interesting projects that moved me in new directions, and write additional blog posts advising travelers to Portugal that can go into a future e-book. 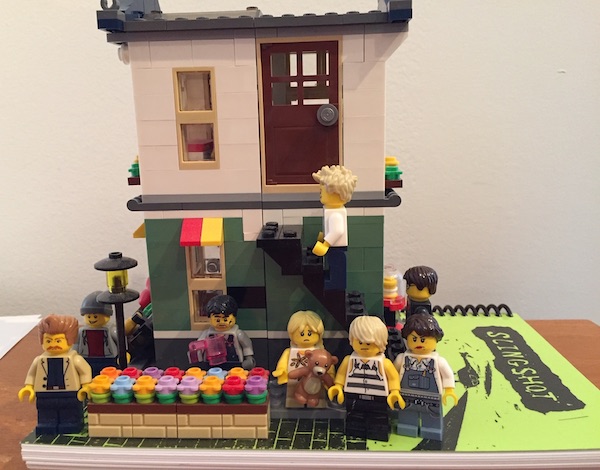 My Bricksters are witness to my past failures and current promises.

For the past five days, I’ve considered possible resolutions, with the understanding that all of them must depend solely on my own efforts and not the decisions of others, therefore ruling out “sell one of my current inventory of six novel manuscripts,” “win a translation grant,” or “get hired as a travel writer or editor.” Having all of last year’s translations commissioned by entities outside the U.S. has put me in the strange position of living in one country and with my current creative work appreciated everywhere else but there. I share this feeling with one of the authors I’ve translated, who writes in Spanish and has seen his novels published in multiple languages but never in English or the U.S. even though he makes his home in Miami. I’ve considered moving to Europe for more than the month or two that my husband and I spend in Portugal and discussed my plans with a friend who moved with her husband to Denmark after the 2016 election and now makes a good living doing freelance work there. But in the end — and in large part as a result of the resistance that brought more checks and balances to Congress and states this past November — I decided to put down roots and try to make a go of it where I am. In Gringolandia I wrote about the pain of exile. My more recent “Resistance Stories” end with some characters leaving and some deciding to stay and fight, but the ones who leave harbor no illusions about the difficulties that await them. 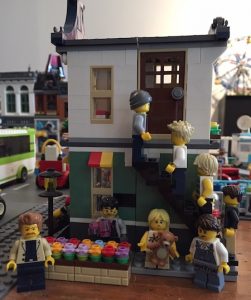 Bricksters have put down roots in their community.

But “put down roots” is a vague resolution and deciding on whether I’ve achieved it is subjective and to some extent dependent on the extent to which others choose to include me. So at the risk of jinxing projects well in progress (because of my low New Year’s Resolution completion rate), I’m going to resolve to finish two specific projects. The first is a YA historical novel in verse that I started last May and that is now about 2/3 completed. I just wrote one of the last poems in the sequence, but I have to get my protagonist from where I left her (in order to finish the revision of the #ownvoices novel) to this end poem. I also have to fill in poems because she makes a life-changing decision — in fact, a decision that changes lives beyond her own as well — and I don’t think I’ve provided enough of a lead-in for that decision. Right now, the choice appears to be a thoughtless accident, but getting herself into that situation in the first place needs to be more intentional. So, count finishing verse novel as Resolution #1. 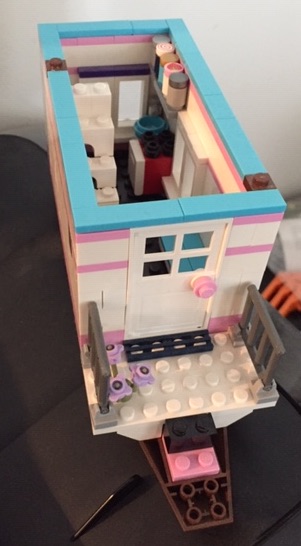 Resolution #2 has to do with an Amsterdam-style houseboat in Lego that has been sitting on my end table for more than a year. Right now, the boat has a planing hull, which makes it tippy when it’s not in the actual water. I intend to replace it with a pontoon hull, more stable for a Lego construction that will spent its life on a table rather than in a bathtub where it would likely sink because I’ve built a staircase and plan to put in an upstairs deck and bedroom. I have all the pieces but haven’t gotten around to finishing this MOC masterpiece. What now motivates me is that LEGO has released its own houseboat, and mine is better — or it will be once it’s done.

Little Brick Township’s Bricksters are asking me to keep their town cleaner this year. It gathers dust quickly, so that’s going to be Resolution #3 — dusting off the entire town at least once a month. That way, the pictures you see won’t look as if they were taken after a dust storm came through. And I promise more pictures this year!