Welcome to my official YASH Spring 2016 contest post! This semi-annual event was first organized by author Colleen Houck as a way to give readers a chance to gain access to exclusive bonus material from their favorite authors…and a chance to win some awesome prizes! At this hunt, you not only get access to exclusive content from each author, you also get a clue for the hunt. Add up the clues, and you can enter for our prize. One lucky winner will receive one signed book from each author on the hunt in my team! But play fast: this contest (and all the exclusive bonus material) will only be online until Sunday, April 3 at 3 pm, Eastern time!

Go to the YA Scavenger Hunt page to find out all about the hunt. There are NINE contests going on simultaneously, and you can enter one or all! I’m part of the BLUE TEAM–but there are seven other teams that offer a chance to win a whole different set of signed books!

Directions: Below, you’ll notice that I’ve listed my favorite number. Collect the favorite numbers of all the authors on the blue team, and then add them up (don’t worry, you can use a calculator!).

Entry Form: Once you’ve added up all the numbers, make sure you fill out the form here to officially qualify for the grand prize. Only entries that have the correct number will qualify.

Rules: Open internationally, anyone below the age of 18 should have a parent or guardian’s permission to enter. To be eligible for the grand prize, you must submit the completed entry form by Sunday, April 3rd at noon Pacific time (3 pm Eastern time). Entries sent without the correct number or without contact information will not be considered. 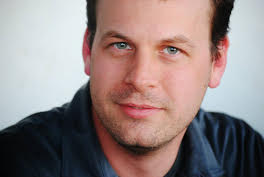 This spring I’m hosting Brendan Reichs. Here’s what Brendan writes about himself:

After three long years working as a litigation attorney, I abandoned the trade to co-write the Virals series (Virals, Seizure, Code, Exposure, Terminal, and Trace Evidence). This is not a decision I regret. And I’m happy to announce a new two-book deal with my friends at Putnam for my debut solo YA series, NEMESIS. Look for it in Spring 2017! Very. Excited. 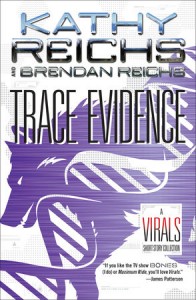 Brendan’s latest book is Trace Evidence, part of the Virals series. Fans of the Virals series will be thrilled with this companion volume that includes three short stories originally published as eSpecials as well as an all-new, never-before-seen Virals adventure! Shift, Swipe, Shock and the new story SPIKE – set after the events of the last full length book, Terminal – give further glimpses of the Virals’ world as they work with Tory’s famous great aunt, Temperance Brennan, to solve more mysteries. Take a look as where it all started before they became Virals and get to the bottom of an attempted sabotage and Kit and Whitney’s wedding.

Brendan’s bonus material is from his story SPIKE. This material will only be live for the duration of the scavenger hunt, so enjoy it while it lasts!

[This content has been removed in accordance with the rules of the contest.] 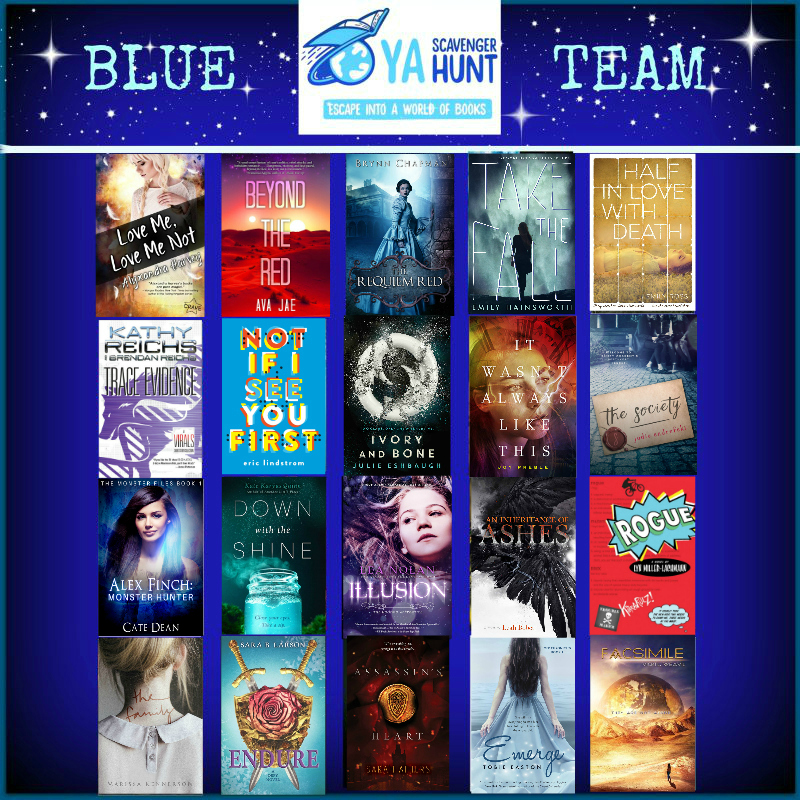 Now it’s time to write down the magic number. My YASH featured book is Rogue, and the number is 266, because when Kiara posts her videos online of the BMX bikers, she does so as rogue266.

The next stop on the hunt is Joy Preble, but before you go, I have my own giveaway below. Science fiction or fantasy? Speculative fiction is hot, but which one do you prefer? If it’s sci-fi, I have a LEGO spaceman for you. If you’re a fan of fantasy and you win the drawing, the Golden Warrior, aka the Chosen One, will wing its way to your door. If you’re like me and prefer historical fiction, I feel your pain. If you comment for historical fiction and win the drawing, there will be a special surprise for you. 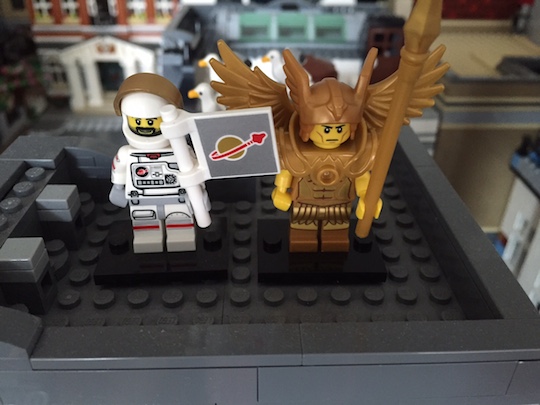 Sci-Fi or Fantasy? Or neither? You decide.