I almost didn’t attend the USBBY (United States Board of Books for Young People) conference this year, even though it was held in New York City, five subway stops from my apartment. Fortunately, my lovely writer friends Terry Farish, Nancy Bo Flood, and Elsa Marston invited me to be part of their breakout session titled “Through the Rabbit Hole of War: Displacement and Courage,” and I really wanted to see the translation panel and to meet Brazilian author/illustrator Roger Mello, whose work I would like to bring to readers in the United States. 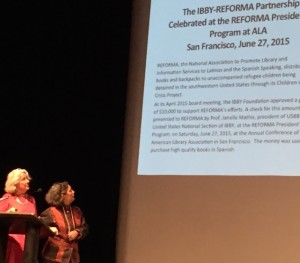 Patsy Aldana and Oralia Garza de Cortés present information about the Children in Crisis on the Border Project.

The conference ran from Friday to Sunday afternoon, but on Thursday night, I had dinner with award-winning translator Laura Watkinson, who had arrived a couple of days early from Amsterdam to avoid jet lag during the conference. Good move, because her contributions were insightful, and I learned a lot from listening to her at dinner, during her panel presentation on Saturday, and in informal discussions throughout the conference. To me, she is a rock star, ever since I saw her at the American Library Association conference six years ago when she, Dutch author Karlijn Stoeffels, and Scholastic editor Cheryl Klein talked about the author-translator-editor relationship in the context of Heartsinger, which Laura translated. Most recently, she has translated the Dutch classic Letter for the King by Tonke Dragt, first published in 1962 and only now making its way to our shores. Laura Watkinson is the reason Dutch children’s literature has a presence in the United States. Yes, great translators can have that kind of impact. 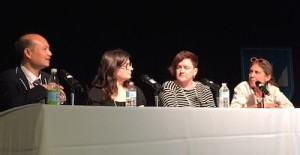 That means, for the sake of the wonderful books being published in Brazil and Portugal, I needed to listen carefully and take good notes. And that’s what I did, at an excellent translation panel moderated by my Enchanted Lion editor, Claudia Zöe Bedrick, and featuring Laura, Mara Faye Lethem (one of my fellow panelists at the Brooklyn Book Festival), and the Chinese translator Ajia. Claudia started things off with an impassioned defense of children’s books in translation, pointing out that we need each others’ many stories now more than ever and translation gives us those multiple perspectives as well as the beauty of the world’s literature. Publishers and reviewers often don’t recognize or do justice to children’s books in translation, and children lack access to  them. 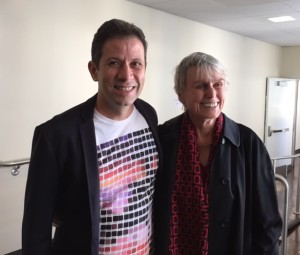 So what is the role of the translator, and why is it important to know what translators do? Laura said that the Dutch Foundation has been generous in its support, helping to bring the country’s literature to the world. And as a translator, she mediates between the two cultures. Originally from the U.K., she has translated work into both British and American English and notes the differences in sensibility between these two countries. Mara calls translation a process of rewriting from one language to another, both on the word and sentence level and pulling back to understand the big picture. Wordplays and humor are concrete examples of rewriting because often there is no exact translation, and she has to look for an equivalent. Ajia highlighted the business aspect of translation: tracking down rights, doing cultural and linguistic research, and more. He works with a team of seven other translators to bring the literature of the world to China and said that 50 percent of the books published in China are translations. (In the U.S., it’s a scant 3 percent.)

The next question had to do with loyalty — to the reader, to the original work, and to the author. The panelists talked about the translator-author relationship, and Mara said that loyalty to the text is different from loyalty to the author. They talked about the need to change character names when bringing the story to readers in a different culture. Some names have unwanted meanings in the target language. Some are difficult to pronounce and intimidating to read. (I notice this especially with the very common Portuguese boy’s name João.) 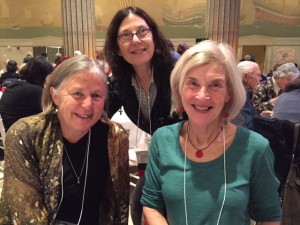 The panel moved on to the many “hats” that the translator wears — author, storyteller, editor, researcher… Mara talked about learning her craft in in Spain, where 30 percent of books are in translation and there are formal courses. There she developed a professional orientation and calls translation a great career because “you’re always learning.” But while Catalan translation is well-funded, the economic crisis and proliferation of academic programs has led to the lowering of translators’ rates. Translation is also a recognized profession in China. But translators into English rarely take coursework and there are few programs. (In fact, I studied under a mentor, Shelley Tanaka, at VCFA, but any kind of formal study in the U.S. is a rarity and not necessarily a selling point when looking for work.) There and at a Q & A on Sunday, the translators said that the most important thing is for the translator to be a good writer in the target language.

Before I had to leave for my own panel, I heard the panelists talk about the advantage of translating work published elsewhere, the fact that it had already been edited and “road-tested.” All of the panelists agreed that we in the United States are impoverished by not having the range of translated work that appears in other countries. 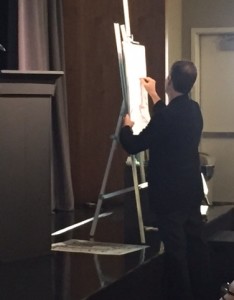 Roger Mello’s work, for instance, has been translated into dozens of languages, but not yet into English. While at the conference, I heard that Archipelago Books bought the rights to two of his picture books for a new children’s imprint, so that situation may be changing soon. (I actually did a draft translation of one of those picture books, João Por Um Fio. I discussed what I did with Roger at the conference, and he liked my approach, which was gratifying.) I attended an illustrators’ panel with Roger, François Place, and Lisbeth Zwerger. Afterward, I spoke with Lisbeth, who is from Austria, at lunch. She had talked about how her parents had encouraged her to study art because she did badly in her schoolwork. I found her story inspiring because so many young people are not good students and rarely find ways to develop and express their competence. And although I had received A’s in nearly every class in middle and high school, I also experienced failure in school because of my poor social skills and difficulty understanding and following rules. Lisbeth has a new fan because of this conference. 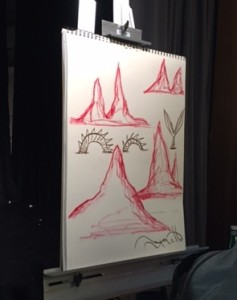 Other highlights for me include Patsy Aldana and Oralia Garza de Cortés’s presentation of the joint IBBY/REFORMA project to provide books for Children in Crisis on the Border and the enthusiastic audience for Terry, Nancy, and my breakout session on stories of war, refugees, and reconciliation. We spoke about how novels set in various places throughout the world shed light on life in the United States today, in the form of refugees, veterans returning from wars in Iraq and Afghanistan, gun violence, and mass incarceration. Susan Cooper’s Dorothy Briley lecture also addressed the need for international literature and literature in translation for young people along with the importance and universality of fantasy.

I arrived at the conference skeptical, and left enthusiastically anticipating the next USBBY conference in Seattle in 2017. I managed to catch a cold, which I actually consider a good thing because I met so many wonderful people and shared germs from all over the world!