When I registered for this summer’s American Library Association annual conference, I was excited to see that one of the main speakers was none other than … Temple Grandin! I’ve been familiar with her work for a long time and admired her because she’s someone like me who has distinguished herself professionally and made a major contribution to society through her work with farm animals. In fact, in an early chapter of my novel Rogue, protagonist Kiara receives the gift of one of Temple Grandin’s books from a family friend who seems to be the only person aware of how–and why–Kiara is different from the other kids her age. Kiara reads the book reluctantly–she isn’t much of a reader except for X-Men comics and the Internet–and the book’s first chapter describes how Grandin was sent to a school for children with emotional problems. However, Kiara realizes that “…if Temple Grandin wrote a book, she must have turned out all right”–a reassuring thought for a young teenager who struggles to find her place in the world. 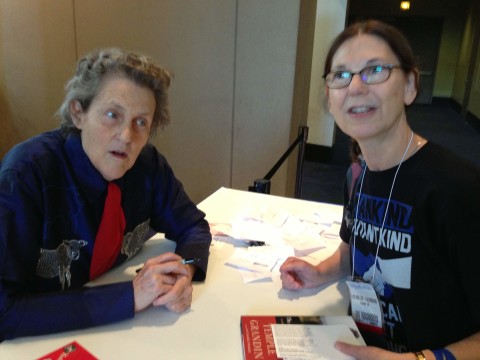 Still, I wasn’t sure I actually wanted to see Temple Grandin. She was speaking at 8:30 in the morning, and I don’t do well with getting up early. (She, on the other hand, probably rises with the farm animals.) I tend to be very nervous about meeting famous people because I know I’ll say something stupid. And I had a ticket to an author breakfast at 9 am. But when I woke at 5:30 am and was unable to get back to sleep, I figured I should go to her presentation, even if it meant I’d have to leave early and then come back for the book signing.

I’m glad I did. So much of what she said resonated with me, from her concern that so many high functioning people on the autism spectrum are collecting disability and playing video games rather than contributing their talents to the world to her identification of the uneven skills and challenges of various types of autistic learners–object visualizers who think in pictures (like Grandin), spatial/pattern thinkers who excel in music and math (like Kiara), people who think in terms of words, language, and facts (like myself), and auditory thinkers who can recall everything they hear.

Her lecture also gave me a kick in the pants when she said, “When you’re a weird geek, you’ve got to learn to sell your work.” I’ve complained about how much I’ve had to promote myself both with a small press that went out of business four months after the release of Gringolandia and with a major house that chooses a few favored authors and leaves the rest to fend for themselves. When I found that my publisher hadn’t brought a copy of Rogue to display at ALA, I pulled out my own copy and asked the president of the company to show it to the librarians, who serve a growing and more visible population of youth on the autism spectrum and/or with other disabilities. He was standing there with Laurie Halse Anderson, one of the publisher’s best-selling authors, and she kindly took this picture at the booth, with my book prominently displayed. As I walked past the booth several times over the course of the conference, I saw my book–still prominently displayed and at eye level! 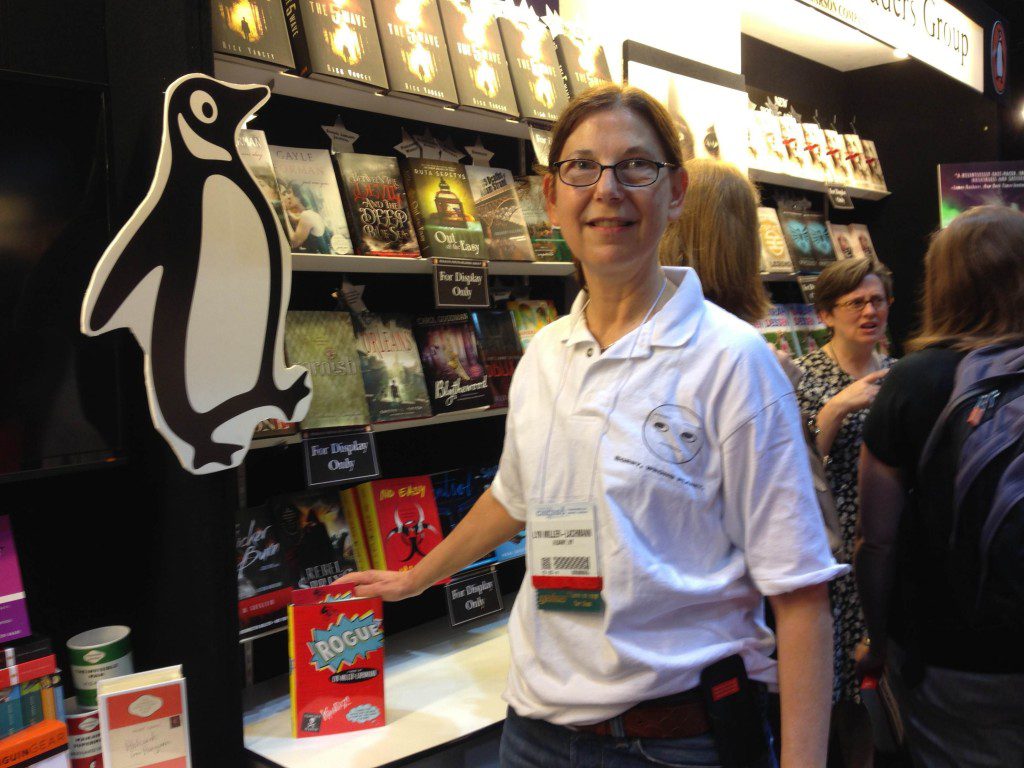 “When you’re a weird geek, you’ve got to learn to sell your work” — Temple Grandin