By now most people have heard the news of the horrific attack by Islamic extremists on the Paris office of Charlie Hebdo, the French satirical newspaper. Twelve people were killed and another eleven injured, including the editor-in-chief Stéphane Charbonnier, three other cartoonists, other staffers, and members of the security detail assigned to protect Charbonnier, who had been threatened multiple times and the office firebombed in 2012.

My Instagram feed has been filled with tributes from fellow artists around the world, who post with the hashtag #jesuischarlie — “I am Charlie” in French. Courtney, aka @thecourtous, who uses Lego minifigures in his own comic strip, posted a photo and wrote: 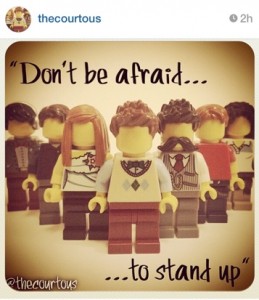 Dozens of people, myself included, reposted Courtney’s photo in solidarity with the victims of the attack on Charlie Hebdo. My own Lego cartoon response emphasized the way people around the world have stood together for freedom of expression, crossing lines of nationality, religion, and gender. I wanted to show my characters as bloggers because in so many countries bloggers have been threatened, shut down, imprisoned, or even killed because they have challenged authorities, dogmas, and illegitimate power in all its forms. Last month I attended a holiday card-writing event sponsored by the PEN American Center. Our cards were to be sent to bloggers who exposed government corruption in places like Vietnam, China, and Egypt and who denounced drug gangs in Mexico and Honduras. Some bloggers were in prison; others in hiding. We wrote the the cards to let those courageous writers know that they have not been forgotten. PEN issued a petition in response to the Charlie Hebdo massacre, designed not to influence governments but to make ourselves known in condemning all violence against people who exercise their right to speak out. 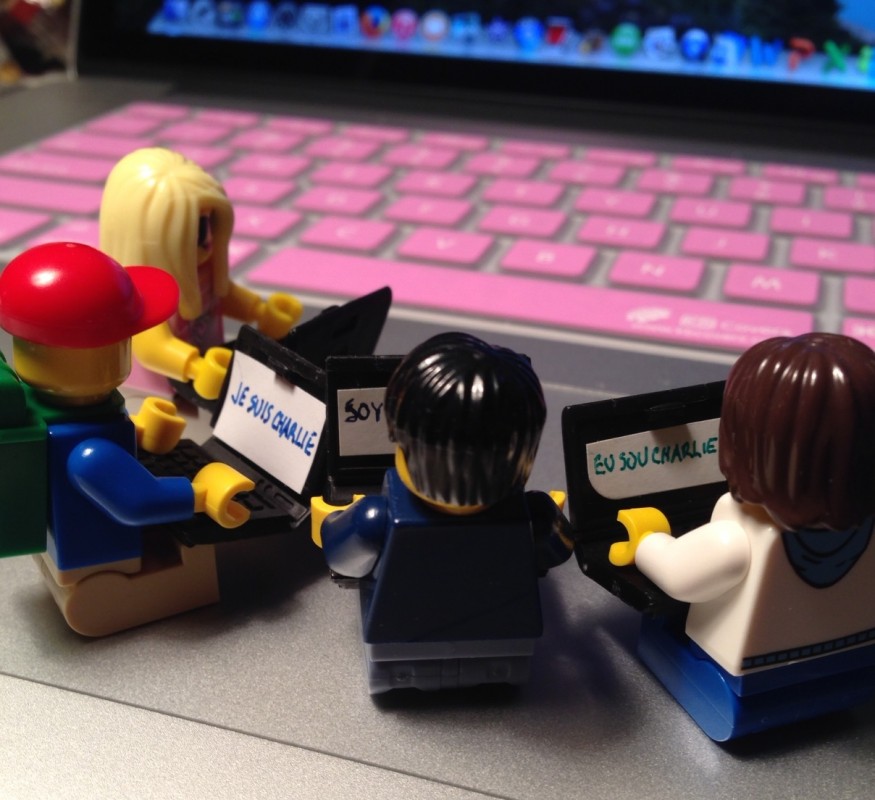 Bloggers come together despite our differences to remember the brave journalists of Charlie Hebdo.

Most of the writers’ groups to which I belong discuss the risks we take in being writers. For the most part, those risks involve forgoing sleep, time with family, and paid work in order to write stories that may never find a publisher. We worry about not getting read. It’s easy not to read something that one doesn’t like. The people who attacked Charlie Hebdo didn’t have to read the publication if they didn’t like its sense of humor. It only had a circulation of 30,000, which means a lot of people didn’t read it because they didn’t know about it or didn’t like it.

As writers, we want our words and stories to come alive on the page and connect with an audience. When we seek publication, we risk people pointing out our technical flaws, disliking our characters, and disagreeing with our ideas. We do not normally run the risk of people wanting to kill us because of what we write. And when people’s lives are on the line because of what they write, we need to stand up for them. We need to let them know that they are not alone and they will not be forgotten.

#jesuischarlie. I am Charlie.