Because I’m back on Instagram, I see a lot of my fellow authors signing books and bookmarks, something I, too, did when my novels launched and I appeared at festivals. I’ve joked with them about tired and cramped hands. My longest continuous signing took place at the AASL (American Association of School Librarians) conference, where I spoke about Rogue as part of a standing-room-only panel (standing-room-only because of my very popular co-panelists David Levithan, Eliot Schrefer, and Patricia McCormick) and the next day appeared at the Penguin booth. Over the course of that hour at the booth, I signed about 80 copies of Rogue. 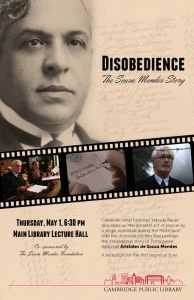 The French-made film Disobedience has been shown at Jewish Community Centers and universities throughout the United States.

Readers appreciate signed books and swag, but in terms of length of continuous signing and importance of the thing signed, none of this compares to the work of the Portuguese consul in Bordeaux, France after the 1940 Nazi invasion and occupation, Aristides de Sousa Mendes, who over a period of several days signed more than 30,000 visas allowing Jews and others to escape through the Iberian Peninsula to safety elsewhere in the world. As refugees streamed into the consulate that June, having heard that one brave diplomat offered them a route to escape the terror, Sousa Mendes signed without pausing to eat or sleep. His boss, the fascist dictator António de Oliveira Salazar sympathized with the Nazis (although Portugal remained officially neutral during the war), prohibited Jewish refugees from staying more than 10 days in Portugal, and forced those who used the country as a way station to pay dearly for the privilege. Salazar issued the infamous Circular 14 that ordered Sousa Mendes and other Portuguese diplomats not to sign the visas for Jews, Russians, other stateless persons, and leftists. Sousa Mendes knew he had limited time to do so before he’d be fired and recalled to Lisbon to face the consequences of his disobedience, and even after his recall, he signed visas to fleeing refugees all the way to France’s border with Spain. In responding to Salazar’s orders, Sousa Mendes said, “I would rather stand with God against Man, than with Man against God.”

The scion of a wealthy, conservative family and a devout Catholic who had initially supported Salazar’s rise to power, Sousa Mendes had served in a variety of consular posts before his time in Bordeaux. One of those posts was in San Francisco, where he helped to found a Portuguese Studies program at the University of California, Berkeley, but he also reportedly got into trouble with U.S. authorities over a Portuguese-American charity. Because of his conservative views, few expected him to defy Salazar — until he did. 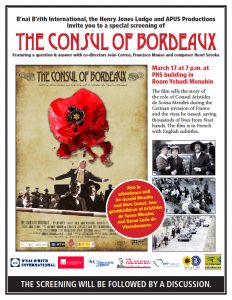 The Consul of Bordeaux is a Portuguese-made film about Sousa Mendes’s actions to save 30,000 people from Nazi-occupied France in 1940.

One of the Salazar’s tools for maintaining absolute power was to punish entire families for the opposition of a single member. Sousa Mendes had a wife and fourteen children, and another child with a mistress, and after his recall to Portugal and his firing, none of them was able to find a steady job. The children were prohibited from attending university, and most of them emigrated. Unable to work, Sousa Mendes lost to repossession the home and lands that had been in his family for generations. He died  in 1954 at the age of 68. From their far-flung new homes, his children and grandchildren tried to clear his name.

In 1966, Yad Vashem honored Sousa Mendes as one of the Righteous Among the Nations for his rescue of more than 10,000 Jewish refugees from Nazi-occupied France. Historian Yehuda Bauer called his work, “the largest rescue action by a single individual during the Holocaust.” After the 1974 Carnation Revolution in Portugal, President Mário Soares formally apologized to Sousa Mendes’s family and posthumously promoted him to the rank of Ambassador. When I first lived in Portugal in 2012, two films about his life and work in Bordeaux were released — the French-made biopic Disobedience, and the Portuguese-made biopic The Consul of Bordeaux. The following year, one of the largest Metro stations in Lisbon featured children’s drawings and essays about human rights, with Sousa Mendes’s work as one of the prime examples.

As the countries of Europe and North America debate to admit or restrict refugees from Syria and other conflict zones, the work and words of Aristides de Sousa Mendes have become more relevant than ever. How many of us would put our careers and even our lives on the line for people in need? Sousa Mendes believed that God and history would judge our actions, and while he did not lead a perfectly virtuous life, when it truly mattered, he chose the side of good. 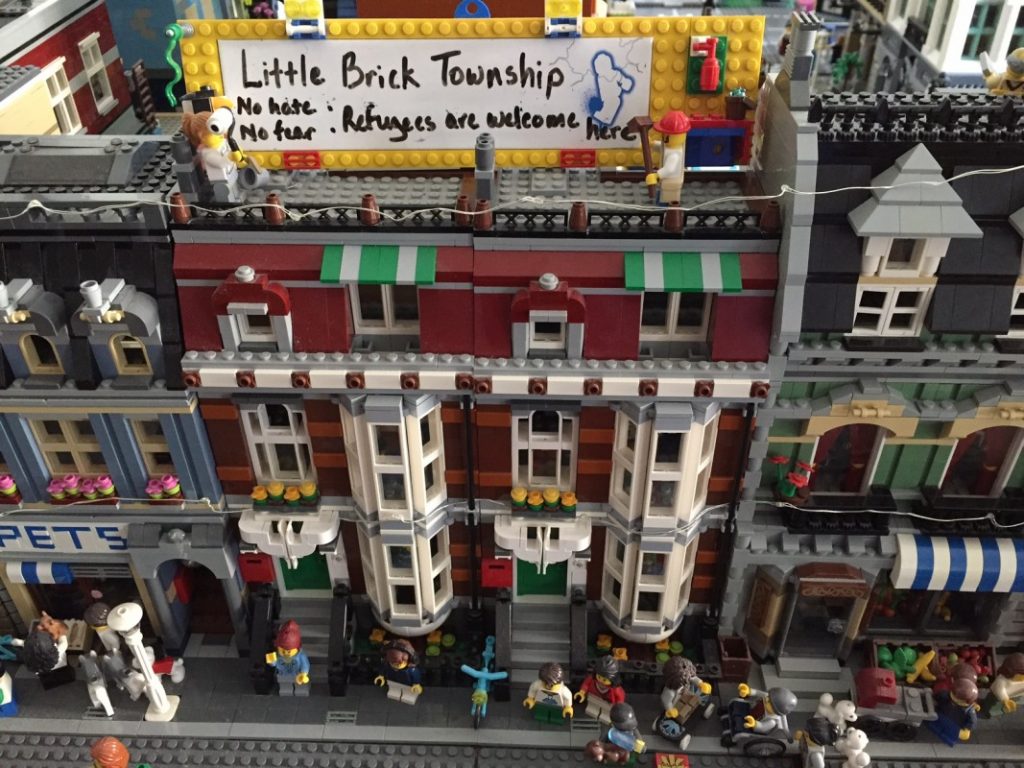