Harper and the Machine

Last week I had a private conversation with awesome YA author Ashley Hope Pérez over that most unprivate of platforms — Twitter — about the recent publication of Harper Lee’s Go Set a Watchman. Ashley said that the controversy reminded her of Roberto Bolaño’s latest posthumous novel, Los sinsabores del verdadero policía, like Watchman an early draft of an acclaimed work. 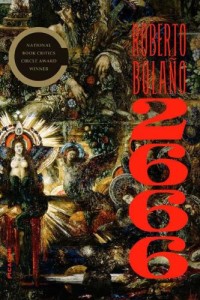 Bolaño died in 2003 at the age of 50, leaving behind two young children. He is reported to have wanted his massive –and at the time of his death, not entirely finished — 2666 published as five separate novels to provide more financial support for his children. In the end, the novel was published as one, but Los sinsabores (translated and published in the U.S. by Farrar, Straus and Giroux as Woes of the True Policeman) is one of several “outtakes” from that work. I am sure that his publishers justify their bringing out this draft as in keeping with the spirit, if not the letter, of Bolaño’s intent.

The case of Go Set a Watchman is not entirely similar, though the two have much in common. The young writer produced it as an early draft, which an editor at Harper & Row rejected. However, Lee received a request to revise and resubmit. She changed her narrator, Jean Louise (Scout) Finch, from an adult to a child, and set the book 20 years earlier. In the version that was published  as To Kill a Mockingbird, Scout’s father, Atticus, was a heroic lawyer representing an innocent black man who the rest of the community wanted to convict and execute without trial. In the earlier version, he was an embittered racist, a product of his place and time, and he and his daughter had grown apart as she moved North. 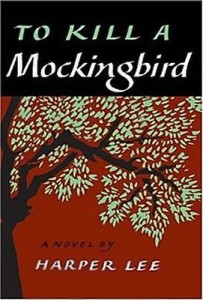 To Kill a Mockingbird has become a classic, beloved by several generations of readers. Lee claimed that she never wanted to publish another book, but, now living in a nursing home, she supposedly authorized her niece and literary executor to sell this early draft to HarperCollins. Whether or not she actually did authorize the publication of her own free will, without the kind of pressure that leads many lonely seniors to agree to things they wouldn’t have under different circumstances, is a big question. Whatever the case, this draft exhibits typical flaws of early efforts by young writers — stilted dialogue that tries too hard to prove a point, extraneous scenes, inconsistencies of character and story line. The editor considered it unpublishable in 1960, when writers didn’t learn “best practices” through MFA programs and copious advice on the Internet.

It would be unpublishable now, except for the author’s name and backstory. HarperCollins has milked the controversy to sell even more books. And we have bought them, adding to the Big Five publisher’s coffers. 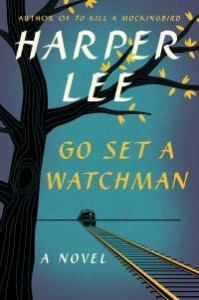 Note the size and placement of the author’s name, which is why and how this book is sold.

Some have argued that controversy-fueled bestsellers allow large corporate publishers to support quirky literary fiction and unknown authors. The truth is, these corporations exist for one purpose only — to provide the greatest return to shareholders. If a book sells due to the celebrity of its author, it doesn’t encourage publishers to take a chance on more literary fare. It encourages publishers to do more of the same — in other words, publish more celebrity authors and controversy-fueled bestsellers. The marketing dollars devoted to Go Set a Watchman are dollars not spent on helping a debut or midlist author gain an audience.

When I read about the impending publication of this manuscript that Lee had long hidden from the world, I decided to shred my own amateurish first novel manuscript. At this point, I’m no Harper Lee or Roberto Bolaño, but I am the author of a well-respected YA/adult crossover novel and mindful that what I make available to the public should be my best work. Working with editors has reinforced that sentiment, and I am grateful to Sandy Taylor, Nancy Paulsen, Lisa Cheng, and Claudia Zoe Bedrick. Each of them substantially improved my initial drafts; without them, I would probably have embarrassed myself. 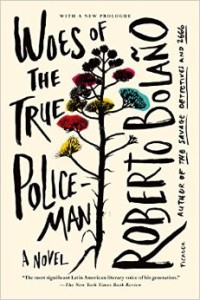 One of my Twitter comments related to Go Set a Watchman reads, “That’s what archives are for.” An early version of my adult novel Dirt Cheap resides at the University of Connecticut, Storrs along with early drafts of other Curbstone Press publications. My failed first draft of Gringolandia, along with several rejection letters (though not the one from the editor with whom I worked for two years and three revisions), may be found at the Ted Hipple Collection at the University of South Florida. Researchers will note that the only things that remain from that early version are the first chapter and part of Chapter Six.

Bolaño, an author who I greatly admire, recognized that he could put his literary legacy up for sale, and I understand the circumstances that led him to monetize it. (However, I have not bought or read the “monetized” early version of the second section of 2666.) I am interested in how the original Go Set a Watchman became To Kill a Mockingbird, in large part because I, too, started out writing third person from adult perspectives and then moved into writing first person from a young person’s point of view. There is also the fact that both novels reflect a time, place, and attitude about race that bears critical reading — including the ways in which Atticus Finch has been sanitized and mythologized in the revision process.

If nothing else, this situation shows that editors are important and revisions make a significant difference in the quality of a book.