Last Sunday I returned to teaching Sunday School, and my first week back coincided with my class’s annual field trip to the United Jewish Federation of Northeastern New York, where the seventh graders learn about philanthropy. Over the next five weeks, they will choose philanthropic organizations to research and present to the entire group consisting of other seventh graders throughout the Capital District. Then the entire group will vote on the best presentations, and the organizations chosen will receive a share of  fund that parents have donated in honor of each child’s Bar or Bat Mitzvah. It’s a great way for the young people to learn about giving to others–and to take on the adult responsibilities of choosing where their money will go. The program is called Mitzvah Goreret Mitzvah, which translates roughly One Commandment Leads to Another. You can download information about this excellent program here. 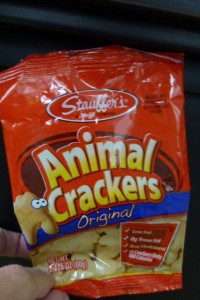 Last year, our students chose a program sponsored by Mazon, A Jewish Response to Hunger that specifically addressed healthy food choices. I thought about that choice this year as the kids broke for a snack, and each one received highly processed animal crackers.

For the past four months, I’ve been living in a country where snack packages like these are a luxury and cost a lot of money, while fresh fish, meat, and vegetables are cheap and easily available. For instance, the small fish market two blocks from where I lived sold fish fresh enough to eat raw. 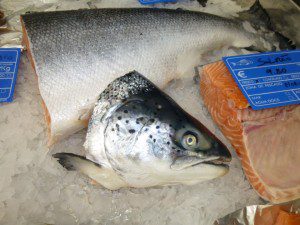 And every Saturday, our local park featured an organic Farmer’s Market.

For some reason, fresh fruits, vegetables, meat, and fish are hard to find and expensive in most places in the United States, while individually packaged, processed food is cheap and plentiful. There were a lot of wonderful things about Portugal, but when people ask me what I liked the best, I have to say it’s the food. And that’s saying a lot because it’s a beautiful country with warm, generous, friendly people and a high degree of trust and safety in the society. 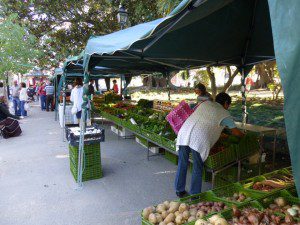 Anyway, it doesn’t make sense that fresh, non-packaged, and non-processed food is so expensive and hard to get in the U.S. What we do get is bad for us and bad for the environment. I was glad that my students last year chose to focus on this issue, and I hope that as they get older they continue to advocate for the kind of healthy food choices that people in Europe and elsewhere in the world consider the norm.