Like many people, I am still in a state of shock from learning of the death of actor and comedian Robin Williams yesterday. When my son posted an image from the movie Hook — hardly one of Williams’s best known films — on Instagram, I realized how much his work was a part of our family’s life for more than two decades. Hook, a Peter Pan remake that cast Williams as an overworked, inattentive father who had all but forgotten his rebellious past as the leader of the Lost Boys, resonated deeply with my son, who engaged my husband and me in swordfights and other reenactments of the movie for years. (Derrick’s swordfighting ability would later come in handy when he won a role as Montague family servant Balthasar in a high school production of Romeo and Juliet.) With or without our children, Richard and I saw at least another dozen of Williams’s films, as well as the TV series Mork & Mindy, which brought the actor to national prominence (and which predated our children by a decade).

Over the past day, I have seen many other tributes to Williams on Instagram, including many by other Lego photographers. They inspired me to create my own tribute photo, which will go up tomorrow after my current story finishes. However, the caption by award winning New Zealand photographer “Harleyquin” deserves repeating. She begins with a quote from Williams himself, “You’re only given one little spark of madness. You mustn’t lose it,” and she continues:

Rest in Peace to the man that has made us laugh for many many years while he has been hiding the sadness and depression. May be be remembered for the happy times and laughter that he brought all of us. I honour him the only way I know how.

And remember if depression is bringing you down, ASK FOR HELP! It may not feel like help is there, but it is, ask, reach out to someone you trust or someone anonymous. It’s never worth suicide. Don’t rob the world of someone to love.

My own photo was inspired by Harleyquin’s comment, as well as a character from my forthcoming novel, SURVIVING SANTIAGO. I’m one of those people who doesn’t like to stand out or draw attention to myself, perhaps a reaction against the relentless bullying I experienced in middle and high school. However, I’ve always admired people who stand up for what they believe, whether it be putting themselves in danger to bring down a brutal dictatorship or expose corruption or corporate malfeasance, or opening up about their own struggles in order to help others. People who bring pleasure to others through their musical, acting, or comedic talents — in this way exposing their lives, ambitions, and feelings — often do so out of great pain, and the pressures of this very public life can lead to further stress and pain. The wealth and fame that celebrities enjoy — whether major celebrities like Williams, or minor celebrities like the protagonist’s father in my novel — often comes at a steep price.

I am grateful for the body of work that Robin Williams gave us, which means a lot to me personally because it brought my family together. His work will endure in our memories and in the various formats in which it has been preserved. I am sorry that he suffered as much as he did. I hope that with the tributes and memories comes greater understanding of what moved him to create and the risks he took to make us laugh. 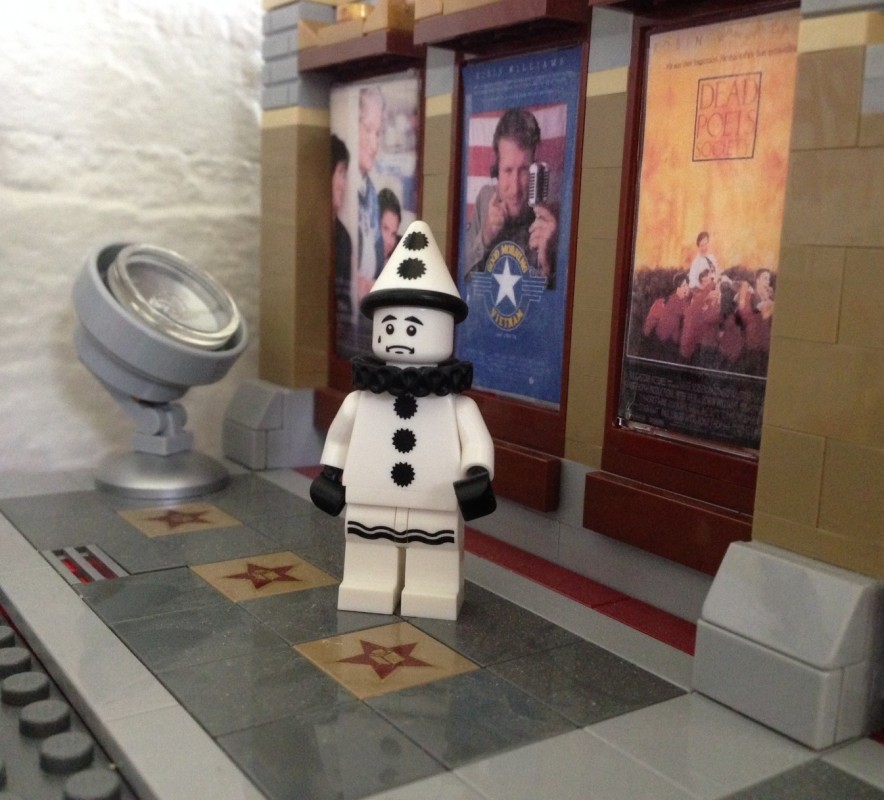 My own Lego tribute to Robin Williams.