Dipping a Toe in the Self-Publishing Pool

About a year ago, I signed up for a superb website called Indies Unlimited, run by a group of bloggers who have published independently. They offer writing and marketing advice, contests, and warnings about the myriad of scammers seeking to prey on frustrated writers’ dreams. The posts appear well-read, with numerous comments, and the bloggers are quick to respond to questions and observations from commenters.

One of the impressions I got from reading Indies Unlimited is of the increasing respect that readers and gatekeepers of all kinds are giving self-published books. This doesn’t only include the occasional self-published book later picked up by a traditional publisher. As libraries carry more ebooks, they are acquiring self-published ebooks that have garnered stellar reviews from trade journals that libraries use and trust, such as Kirkus Reviews. Those great reviews aren’t easy to get, and are certainly a gamble for a self-published author who has to fork over $425 for a review that may be quite negative. (The author has the option not to have a negative review published, and in general only a starred Kirkus Indie review carries any weight with a library, though any positive comments may help with publicity.) I recently interacted with Indies Unlimited blogger RJ Clayton, who posted an article on how a self-publisher can obtain a Library of Congress Control Number (LCCN), facilitating a book’s acquisition by a library. It turns out that many small presses, including the publisher of Surviving Santiago, use the same LCCN program that self-publishers do, which isn’t full Cataloging-in-Publication (CIP) but despite its somewhat second-class status works fine for most libraries. And for a small fee, third parties can provide that CIP information anyway.

I’ve also learned from the site that successful self-publishers have to invest a lot of money and time to promote their books. BookBub is a respected site for promotion, but they accept only a small percentage of titles submitted to them, and self-publishers then have to pony up both a fee and free downloads. Trade journals charge for reviews. Award programs such as the IPPYs, the Moonbeam Awards, and ForeWord’s INDIEFAB, open to both small presses and self-publishers, have an entry fee. Indies Unlimited is a good source for determining which marketing strategy is worth the money.

Hybrid authors — those published both traditionally and independently — on Indies Unlimited and other sites talk about how self-publishing has provided them with an income stream between traditional contracts. It also allows them to publish their work in areas where their traditional publishers have little interest. And for me, that is the most attractive reason for self-publishing. 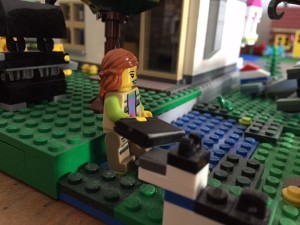 Over the course of three and a half years, I have added to this blog, at a rate of 5-6 posts per month. Some of those posts have been blockbusters in terms of views. Examples are Trendsetter and Hipster’s Guide to Enjoying Lisbon, Developing Characters: The Lesson of Fruitvale Station (which is included in a study guide put out by the San Francisco Film Society), and my most recent post, A Poisoned Pipeline. Others are personal favorites that continue to get a steady readership, for instance, my report on the 40th Anniversary of the Carnation Revolution in Portugal. With self-publishing becoming increasingly affordable and respectable option, I’m thinking about trying it myself with some of my blog favorites and other essays that I’ve published with sites such as YARN: Young Adult Review Network, Disability in Kidlit, and Dear Teen Me.

While the as-yet-untitled essay collection will be published primarily as an ebook, I’d like to produce a print-on-demand paperback for book clubs and schools, including alternative school programs. I’ve signed up to conduct workshops for incarcerated teens, who don’t have Internet access or access to hardcover books (for security reasons). While I wait for a paperback edition of Rogue, I can offer a short, accessible volume of essays that touch on some of the same themes that are central to Rogue and to the lives of teenagers in crisis. I hope that these essays will inspire teens to write about their lives, past and present, and their dreams of the future.

If you’ve read this blog regularly, please let me know which of the posts are your favorites that you’d like to see in an essay collection. I look forward to hearing from you and promise to keep you updated on this exciting new project.

[Update 1: Zetta Elliott, who has self-published many wonderful books for children and teens, has written a piece about her experiences for Publishers Weekly titled “How It Feels to Be Self-Published Me.”]