Welcome back to LEGOctober! Last week in “Minifigs: Character, Personality, and Action,” I used the face and clothing of the minifigure to emphasize consistency of character while allowing room for complexity and growth. This post sets the story in motion via a narrative arc. 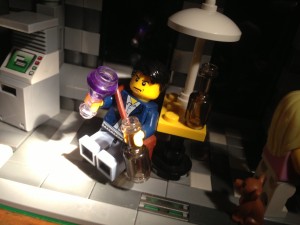 Thwarted in his quest for ice cream, Patricio finds another kind of refreshment.

Several months ago I sent a work-in-progress to a fellow graduate of Vermont College of Fine Arts for critique. She suggested I turn the linear narrative into a layered narrative, similar to what she did for her novel to stunning effect. I had never used a layered narrative, except for a couple of chapters in Gringolandia from a secondary character’s point of view. And while I decided in the end to keep the linear narrative for several reasons that I won’t go into here (but I may be persuaded to do in the comments), her suggestions got me to thinking about the differences and how a layered narrative can add interest and suspense to the story.

In contrast to a linear narrative, which begins at Point A and moves forward, with occasional short flashbacks but essentially in chronological order, to Point B, a layered narrative is more like a spiral. A scene in the present can be followed in the narrative (immediately after or somewhat later on) by a scene in the past that adds complicating layers and/or layers of depth. Where layered narrative works best is if the reader observes a character’s actions and reactions in a given scene and wonders why the character did or said that. The scene creates a question, and the reader expects the author to answer that question. And the answer is found in the character’s past, not in his or her future. 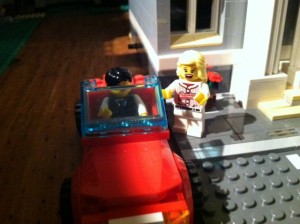 “Hmmm. Giovanni has a shiny new car. Patricio has baggage.”

Let’s look at an example. In “LEGOctober,” there’s a picture of Patricio getting to the front of the line at the ice cream stand, but all the ice cream is sold out and Jerry Bijoux taunts him. in the next panel that I posted on Instagram, Patricio finds another kind of refreshment. Several people commented along the lines of “that escalated quickly.” Patricio’s extreme reaction raised questions, and in my layered narrative, I went back in time and presented a scene that sought to answer those questions.

It turned out that Patricio’s girlfriend, Karlijn, recently dumped him for Giovanni at her cousin’s wedding. In “Minifigs: Character, Personality, and Action,” I posted pictures of Patricio dancing with Karlijn and the wedding, and then one of her jumping into a red sports car with Giovanni. In another picture, she weighed her options — to go with Giovanni or to wait for Patricio to get off work. Karlijn thought, “Giovanni has a shiny new car. Patricio has baggage.” And when she and Giovanni returned at an ill-timed moment and the despondent Patricio started drinking again (his “baggage” being well-known, though he was trying to quit), Giovanni taunted him. Clearly, Giovanni’s bullying made Patricio much more sensitive to Jerry Bijoux’s words (also in Italian). 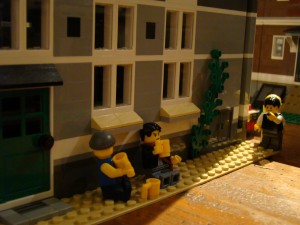 “Karlijn, check out that loser! … Yo, ubriacone! I got her and you don’t!”

But wait…there’s more. Karlijn referred to unspecified “baggage” when choosing the thrill-loving Giovanni over moody Patricio. Perhaps there’s more to Patricio’s weakness for alcohol and his jaundiced view of life. Could there be a terrible secret in his past? We know he’s a Pubrickster Prize-winning investigative journalist, likely won covering a story far bigger than the two-inch-high intrigues of Little Brick Township.

A clue may be found in my four-panel Instagram montage on September 11 of this year, the date that commemorated the 40th anniversary of the bloody military coup in Chile. That post was drawn from an educational MOC (customized Lego builds known as My Own Creations) that I call “Dirty War House” because it shows the kind of secret prisons maintained by dictatorships behind the walls of ordinary-looking houses in ordinary-looking neighborhoods. (For an example of one during the Salazar dictatorship in Portugal, see  “Why I Vote.”) Patricio turns up in one of those panels, and one can guess that the experience scarred him, as it did for my protagonist’s father in Gringolandia. 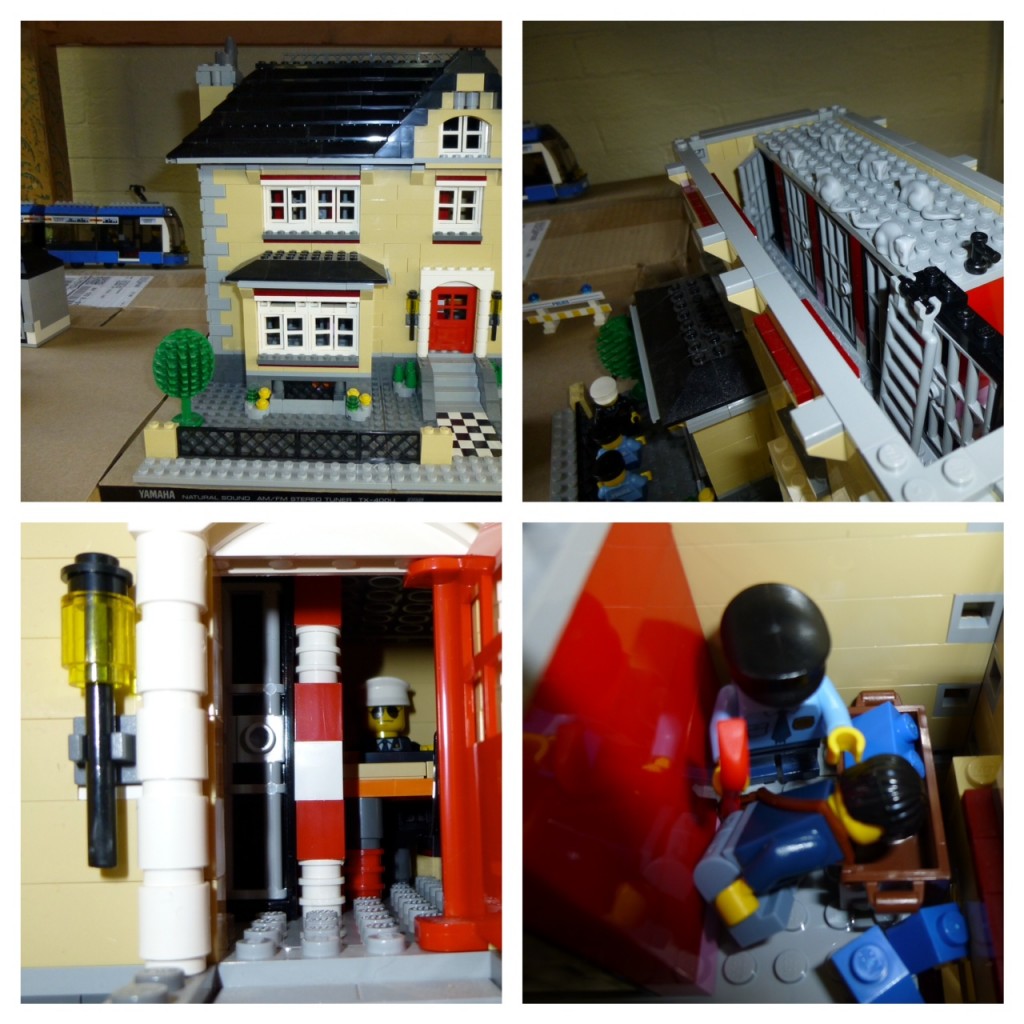 Patricio experienced the terror inside this ordinary-looking house. Did his muckraking stories land him in this dystopian underworld, or did his report from the inside lead to his prize? Whatever the answer, he has never been the same since.

We still don’t know if Patricio won his prize for the story that led to his incarceration, or if his report on his experience led to the prize. We do know that he risked a lot to tell the truth, and he continues to suffer the consequences. The layered narrative, which parcels out background information bit by bit, draws readers in as they try to figure out all the “whys.” It also creates reader sympathy for a character as we see that seemingly strange or extreme actions have compelling causes and our characters themselves possess humanity and depth.