Last week’s post on Donald Trump’s supporters and the characters of my so-far-unpublished contemporary YA novel led to a lot people asking me about the novel and the short story from which it originated. Over the past week I searched through my  files and found both the story and a prologue that I wrote after the VCFA workshop. I don’t think the short story is ready for the world to see, but I did like the prologue. I cut it reluctantly from the manuscript because it didn’t move the story along — an example of how writers often have to “kill their darlings.” But like the scene from Surviving Santiago that didn’t make the final book but became bonus content for last fall’s YA Scavenger Hunt, this one stands alone and I hope gives readers a sense of what this book is about. 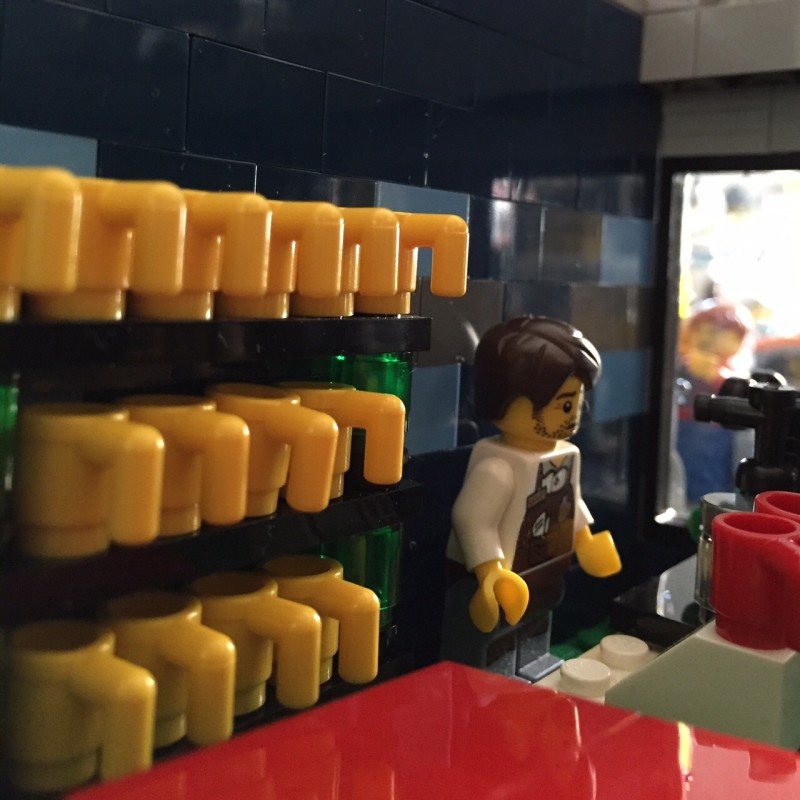 I no longer have all my words…

Ryder remembers what he was like before. Before Carl, Jeff, and Devin put the blood clot in his head and the tackling dummy knocked it loose.

It was the story Ryder’s mother, Colleen, told Jim Perriman when he started coming to the diner regularly, and the one she told everyone else after she and Jim got married and moved to Manor Court.

There’s a fancy term for a story about the moment when one recognizes another person’s true self, but the word doesn’t come to Ryder. He does recall it being on the ninth grade English list, the ghost of a word with faded letters and no definition.

Whenever his mom took him to the diner, he’d always say hi to Mike the cook and the other waitresses as soon as he walked in. Then he’d sit in the back to do his homework or draw or play a video game, and sometimes when business got slow his mom and the people who worked with her would sit at his corner booth-for-two and talk with him.

At the end of his first full week of third grade he pushed through the diner’s double glass doors ahead of his mother, zeroed in on Mike at the grill, climbed up on the stool, spun a couple of times, and rested his elbows on the counter and his chin on his fists.

“Hey, Mike. What delicacies do you have today?” he asked.

Mike dropped his spatula on the sizzling grill, whirled around, and called out, “Delicacies! Anybody got delicacies around here?” The regulars at the counter and the nearby tables laughed, but Mike’s big grin told Ryder that he wasn’t angry at all. Mike folded his arms on the counter and leaned into Ryder, so close that Ryder smelled the delicious cooking grease on his skin and hair. “Sonny, this is a truckstop diner,” he said. “We ain’t got no delicacies.”

By now, Ryder’s mom was laughing so hard the dirty dishes in her tub clinked.

“Colleen, where d’ya think he get these words?” Mike shook his head and under his breath repeated, delicacies.

“I read to him at night. You’re supposed to read to them so they do good in school.”

“Whatever happened to The Cat in the Hat? Or Hop on Pop?”

Ryder sat up straight. “We’re reading Love’s Recipe for Danger. A lady, she goes on vacation at some fancy resort to get over a broken heart. And then she falls in love with a guy who reviews restaurants for a newspaper. Except he’s running away from a crime syndicate that wants to kill him because he gave their restaurant a bad review.” Seeing Mike’s mouth hanging open, he added, “The kissing parts are sorta gross, but when the hired killers show up at the resort…” He stuck both thumbs up and his index fingers straight out. “Bang! Bang! Rat-tat-tat-tat-tat!”

“Colleen?” Mike asked, the spatula back in his hand and pointing toward her.

“He made the high honor roll every quarter since first grade. You’ve seen my bumper sticker.” She grinned. “I don’t got any more kids stashed away it could be.”

His mother said there was nothing that made her prouder than the now-peeling “MY CHILD IS AN HONOR STUDENT AT P.S. 2 TROY” bumper sticker. He thought she should cover it with his latest bumper sticker, the one that arrived with his report card over the summer, because cracked and peeling might mean someone was on the honor roll a long time ago and then started messing up, but she kept the old one on and slipped the new ones he brought home into the sky-blue album with “Ryder’s Baby Book” in big cursive letters on the cover.

The other waitress slapped down an order. “Make up some delicates, okay, Mike?”

“Delicacies,” Ryder said, proud that his word had become the Daily Special.

Mike mussed his hair. “So what do you think are the delicacies around here.”

“What about the French fries?”

While his mother, Mike, and about half of the customers listened, Ryder described the perfect French fry. Every one crispy and crunchy on the outside and hot and soft on the inside, a few grains of salt stuck to each fry, and bits of skin still on because his second grade teacher said most of the vitamins stay in the potato’s skin. He compared the diner’s fat and crispy French fries to the skinny, limp ones at McDonald’s and the new recipe at Burger King that was all crispy outside and almost no mushy potato inside. When he stopped to breathe, he heard customers calling out orders to Mike for the perfect French fry and saw a couple of them shaking his mother’s hand.

That’s some boy you got, Colleen.

Finished with his discursion, Ryder spun around on the stool until dizziness overtook him and he had to grab the edge of the counter to keep from falling.

Discursion… Is that a word?

What word did I mean to use?

So many of them are gone now.