A Change in Plans

On Wednesday I went to the orthopedist, where the physician’s assistant removed a whole bunch of giant staples from my leg and told me to stay off my broken and surgically repaired ankle for another four weeks. After my March appointment I’ll start physical therapy and perhaps occupational therapy afterward to improve my balance and proprioception (awareness of my body in space, a challenge for many of us on the autism spectrum). Physical therapy will be three times a week for several months, which means I won’t be returning to Portugal this year when my husband teaches there. 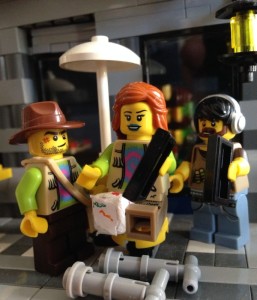 You’ll be seeing a lot of this image because I’m stuck at home for a while.

The news was disappointing, particularly for a travel blogger on whom others rely for their information about Portugal. Fortunately, my husband will continue to evaluate the Lisbon dining scene in my absence, since that’s more his area of expertise than mine. I can also ask my Portuguese friends to guest blog. In fact, my friend Diana Pinguicha encouraged me to write about her neighborhood, a haven for digital nomads, but when the piece came out, she tweeted about the negative impact of gentrification. I do plan to feature her, in her words, this year. Her debut novel, A Miracle of Roses (with the appropriate acronym AMOR — love) comes out in December from Entangled Teen. I read an earlier version of AMOR and am excited to read the finished version of this f/f historical fantasy about Portuguese princess Yzabel of Aragon, who turns food into flowers and needs the help of Fatyan, the Enchanted Moura with whom she falls in love, to reverse the spell and feed her starving people.

Despite my continued grounding, I’m not closing down my blog for the month of May. Not going to Portugal means I’ll be able to attend the PEN World Voices Festival, which several years ago moved from April to May, precluding my attendance. In previous years, I served as a Festival Blogger, and I’ve signed on to do the same this year. As the co-chair of the PEN Translation Committee, I’m also meeting with delegates from PEN International to find ways of working together to further the cause of linguistic diversity, the rights of minorities, and freedom of expression. I’m particularly interested in the role translators can play in protecting dissidents, who can easily be “disappeared” without international visibility. 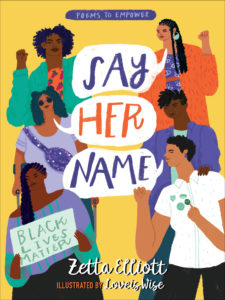 In the meantime, I’m icing my foot, catching up on my reading, and working on the first draft of MOONWALKING, the middle grade verse novel I’m writing with Zetta Elliott. I wasn’t able to write at all for the three weeks I had the heavy cast on my leg, and now I’m going through beta readers’ comments on the first half of my section of MOONWALKING, from the point of view of JJ Pankowski, an undiagnosed autistic seventh grader in 1982 who finds himself one of the few White students in a Brooklyn middle school after his father loses his job after the PATCO strike and they move in with JJ’s Polish grandmother in Greenpoint. Zetta has been traveling around the country to promote Say Her Name, a powerful and moving poetry collection celebrating Black women activists past and present. By the time MOONWALKING comes out, in fall of 2021, I expect to be back on my feet, able to join her wherever we go to spread the word about this novel of middle school friendship and its ups and downs across the color line.

Since I can’t go anywhere, I’ve had a steady stream of visitors, including VCFA’er and writing partner Susan Korchak and her VCFA classmate and my agency sister Tziporah Cohen (whose middle grade novel No Vacancy is due out this summer from Canadian publisher Groundwood). I told Tzippy how I walked six days on my broken ankle thinking it was only sprained, and I could sense her and Susan’s disapproval even before they said, “Denial,” in unison. I pride myself on toughness and independence, but apparently these traits turned out to be costly in the long run.